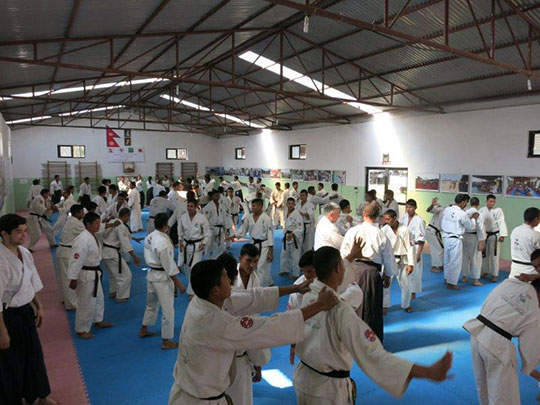 The AHAN Nepal Training Center-ANTC is located on the Nepal Army base in the capital city of Kathmandu, Nepal. Depending on circumstances, there are usually about 800 Nepal Ranger Army cadets training at the base in unarmed combat techniques at any given time. Nippon Kan Aikido technique has been adopted into this Nepal Army unarmed combat training as part of their general basic training. On military training bases all over Nepal and on UN Peace Keeping Missions to Iraq, Sudan and other countries, Nepalese soldiers are practicing Nippon Kan Aikido in their training. Currently there are about 80 cadets in training as Aikido instructors at the ANTC and for over 7000 soldiers, Nippon Kan Aikido is a mandatory part of their basic training. 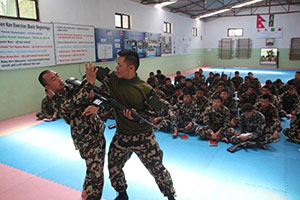 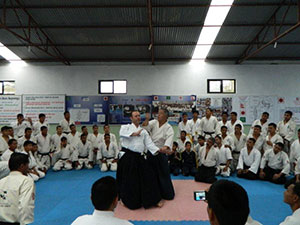 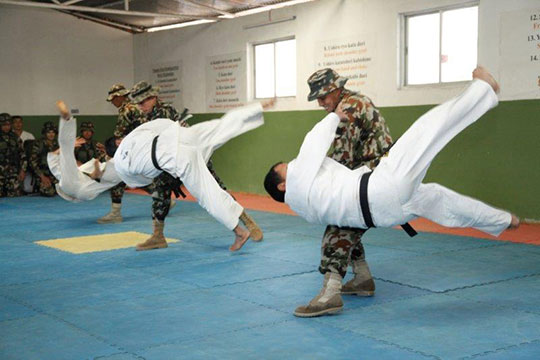 In March 2015, Nippon Kan General Headquarters Official Instructors Rajesh Bista Sensei and WO2 Dhan Gurung Sensei headed a month long Aikido Instructor Training Course for Aikido instructor cadets. The course was designed with a rigorous schedule of special training and the instructor cadets practiced 7 hours a day. WO2 Dhan Gurung is a graduate of Nippon Kan General Headquarters uchideshi program where he received special training from Homma Kancho and his staff. 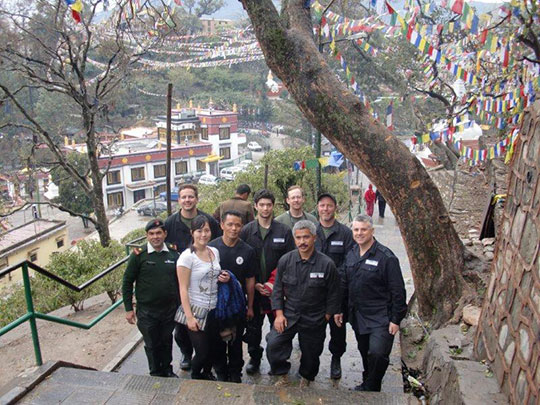 The ANTC facility also offers classes to civilians to promote positive community relations and the women and children’s classes are especially popular. 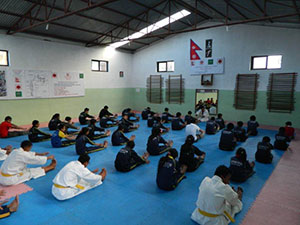 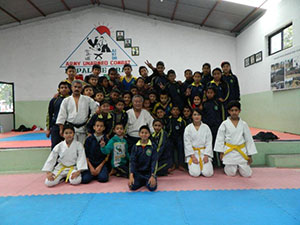 Youth class for civilians at the ANTC facility on base.

Between the many hours of hard training, the Nippon Kan staff was able to enjoy some of Nepal’s holy festivals. At one festival it was customary to cover those around you with colored powder or douse them with water! The Nippon Kan staff were all thrown into the pond by soldiers as one of the celebrated blessings of the festival. 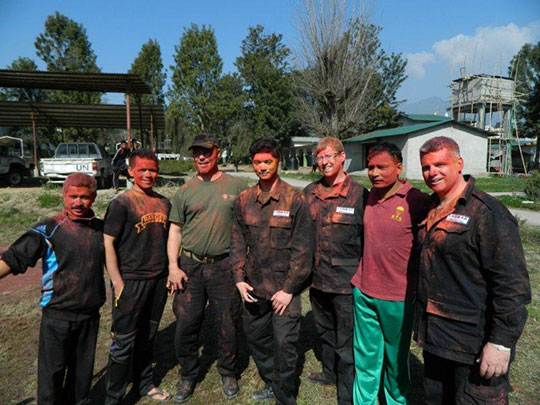 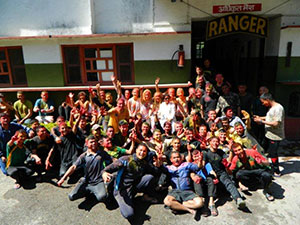 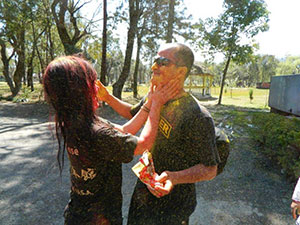 Hard training with the Nepal Rangers, but time for a day of special festival celebration!

The Nippon Kan staff was shown the sites of Kathmandu; visiting many national heritage sites and historical landmarks. They also visited the Nepal Down Syndrome Association and were treated to a song and dance by the children living there. 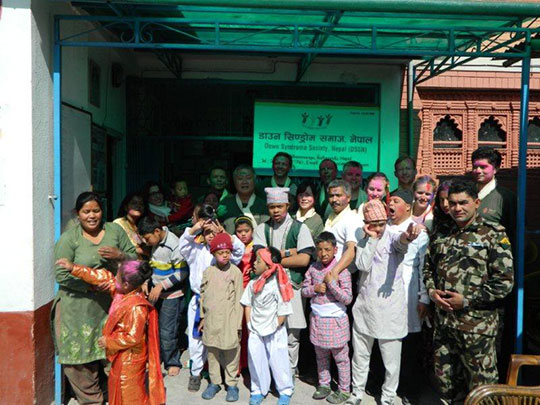 All of the kids are covered with festival powder too!  *photo taken with permission of the NDSA

After winding up the week of training in Nepal, it was time for the Nippon Kan Headquarter entourage to move on to Thailand. Due to an airliner crash at the Kathmandu Airport however, the airport was closed for 4 days and travel became impossible. This delay impacted the Thailand activity schedule, but luckily all were able to get out of Nepal in time to make their flights for the Japan portion of the trip. Nippon Kan Headquarter Instructors and students were able to practice at Dento Ryu Iwama dojo headquarters in Iwama, Japan under Hitohira Saito Jukucho and at Kobayashi dojo in Tokyo under Yasuo Kobayashi Head Shihan. A hearty thank you to everyone for your very nice hospitality!