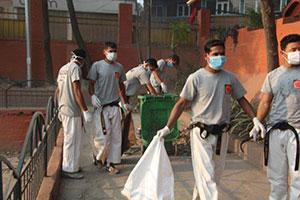 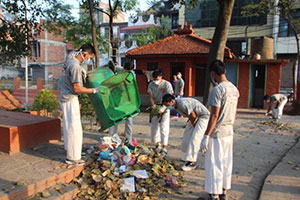 Loving one’s country comes in many forms and taking care of the environmental conditions of historical sites is one positive way for the Nepal Ranger Instructor cadets to care for their community during peace time. Kathmandu has many national heritage sites and environmental preservation and restoration has become more of a priority in the past few years. On this day, our AHAN activity was to clean up a famous historical monastery in Kathmandu. 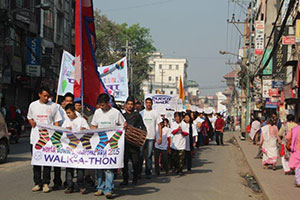 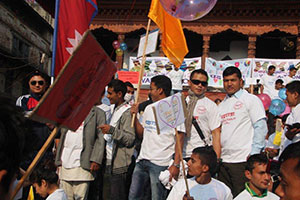 Today, March 21st is International Downs Syndrome Awareness Day and the Nepal Army Ranger Aikido Instructor cadets joined in the Nepal Downs Syndrome Wellness campaign. We have learned from Nippon Kan General Headquarters about the importance of these community support activities. Living a strict and rigorous military life, it is nice to participate in a gentler community activity with other community participants. This was a very good experience for all of us. 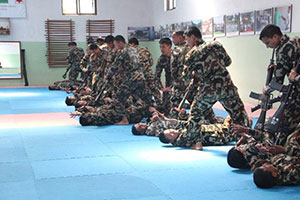 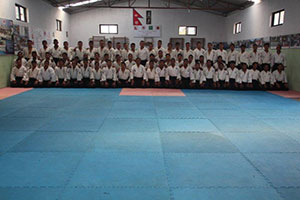 Nepal Army Ranger Aikido Instructor Cadet Hakama Kai class of March 2015.  At this Hakama level, practice is based on real combat techniques and we use many Aikido techniques in our training. 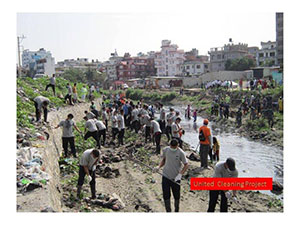 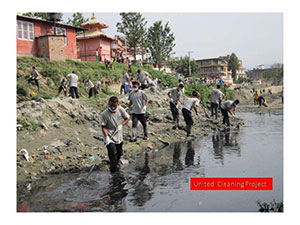 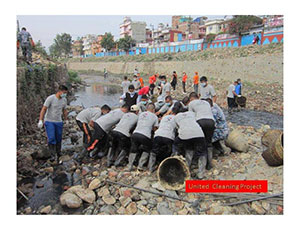 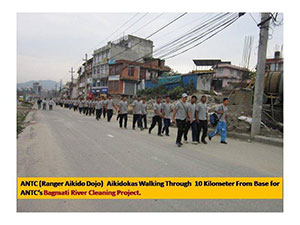 On May 31st, over 70 Nepal Army Ranger Aikido Instructor cadets tackled one of the largest cleanup projects in Kathmandu; the Buddhist and Hindu holy Bagmati River. For religious ceremonies, it is customary to sprinkle the remains of cremated loved ones into this river and after centuries of tradition the contamination of this holy river has reached a critical level. All of the cadets wore protective gear before entering the water for a difficult day of clean up. For the Nepal Rangers to volunteer to join in the cleanup of this holy river sends a message of good will to the civilian community.