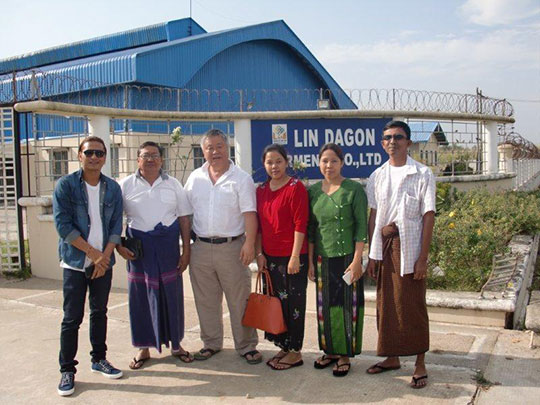 It has been a while since Homma Kancho has visited the AHAN Myanmar Learning Center. Many of our students have been accepted into the universities and some have already graduated and found a good job. Many of the children from the Yadanapon Monastery Orphanage have also grown enough to start their high school studies at the AHAN Jangon Learning Center in Jangon, Myanmar. This facility built by AHAN, houses young people of high school age to help them with their studies while they attend a nearby high school built by the Japanese government.

We have received a lot of advice from Homma Kancho over the years and we have always followed his advice. I first met Homma Kancho about 6 years ago. I was a tour guide for Japanese tourists at that time and the tourism industry was way down; I was worried about making a living. Homma Kancho advised, “When the government becomes more stable and opens more to the outside world and democracy, investors will come from all over the world. Instead of  a Japanese tour guide, you should become a Japanese investor coordinator in the future” I took Homma Kancho’s advice and became the Myanmar coordinator for a Japanese garment factory seeking to expand their production to Myanmar.

Today the garment factory in Yangon employs over 500 workers and I serve as Head Coordinator for all operations. We have already begun exporting garments, made in Myanmar to Japan. 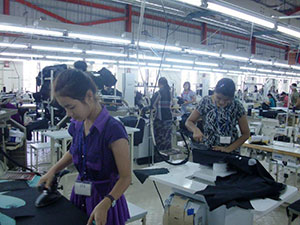 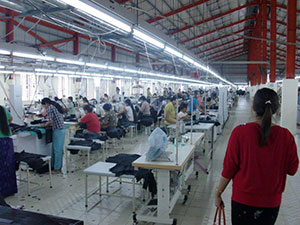 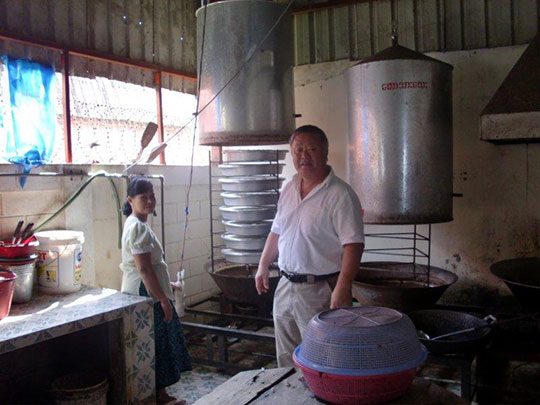 Meals for all 500 employees are cooked in this kitchen 3 times a day.

The first time I met Homma Kancho he came to visit our family home,  a house that also served as a school where we taught the local neighborhood children. During rainy season, the water rose so high around our house that it flooded the classroom almost to knee level. We had to put all of the books on high shelves so they would not be ruined by the rising waters. Homma Kancho I think was touched by the conditions in which we were teaching the children and he surprised us a few months later by purchasing the AHAN Myanmar Learning Center facility we have today.

For all of the continued support, the most sincere thanks from all of our family.