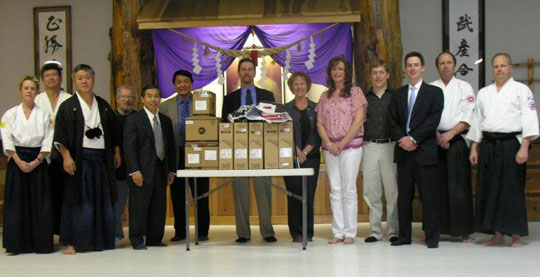 At the time of this donation ceremony, Homma Kancho planned to personally deliver the computers to Myanmar during his trip to Myanmar scheduled for the end of May 2010.

In 1996, Homma Kancho was the recipient of the Minoru Yasui Inn of Court award for community contribution.