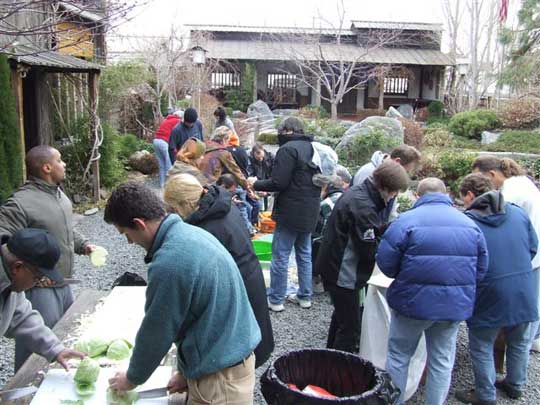 Record amounts of snow fell in an unusually cold December, 2006. As this article was being written on December 22nd, Denver was being buried in a blizzard that shut down the city for three days. 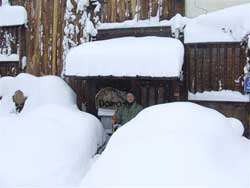 Nippon Kan after the December blizzard of 2006. 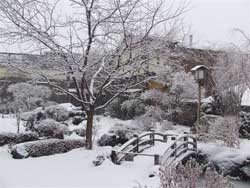 After the storm, a still winter day in the Nippon Kan garden.

In the frigid December weather, Nippon Kan students and staff braved the cold and prepared veggies Sunday morning, December 17th, for the last homeless dinner of the year outside in the Nippon Kan garden. That evening a crew of fifteen volunteers served a five course dinner to about 290 residents and outside guests at the Denver Rescue Mission. This dinner brought to a close Nippon Kan’s sixteenth year of monthly meal service at the mission. 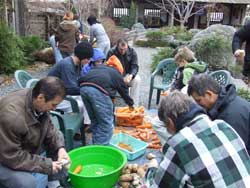 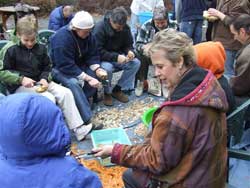 Prepping veggies in the cold!