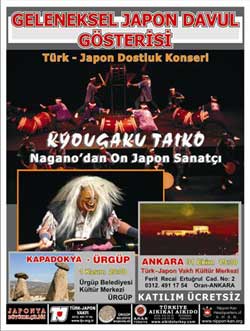 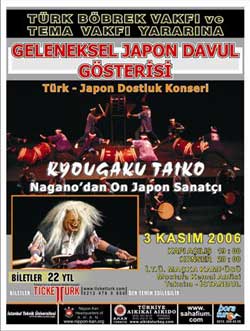 The Matsukawa Kyougaku Taiko Drummers from Matsukawa Village, Nagano Prefecture, Japan have worked in cooperation with AHAN Nippon Kan in a number of events to introduce Japanese traditional music and support humanitarian causes in many countries including the United States, Brazil and now Turkey.October 31st will be the kickoff of the Matsukawa Kyougaku International Concert Series 2006. This year the concert series will be held in Ankara, Cappadocia and Istanbul, Turkey. Homma Kancho went to Turkey in July to help lay the ground work for this upcoming series of concerts.

In 2001 and 2004, the Matsukawa Kyougaku Taiko Drummers came to Denver for a series of cultural and fundraising concerts, and in 2005 went to Rio de Janeiro, Brazil hosted by AHAN Rio de Janeiro. Homma Kancho was the chief coordinator for all of these past concert series and will serve in that function again for this upcoming concert series 2006 in Turkey. 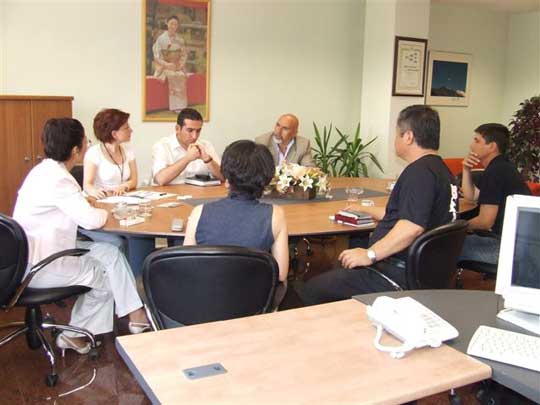 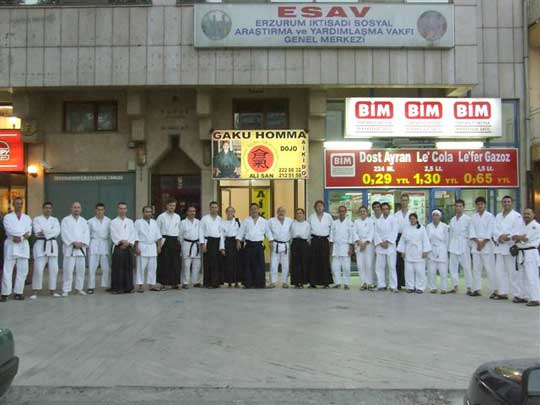 In front of the Ankara dojo.

While Homma Kancho was in Turkey planning for the upcoming concert series to be held in Oct-Nov, he took a trip from Istanbul to Dhaka, Bangladesh to assist with the implementation of AHAN projects there. (See Support for the Children in Bangladesh at the top of this article) After returning again to Istanbul he turned his attention to teaching, and instructed classes in Ankara, Istanbul with Istanbul Aikikai, Aikido Turkey and also in the seaside town of Izmir at the 9 EYLUL University.

All of the classes taught by Homma Kancho were greatly received and we thank Homma Kancho for taking time out of his very busy schedule to spend time in practice. 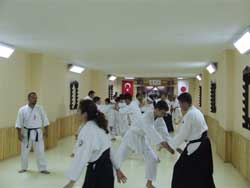 Practice at the Ankara dojo. 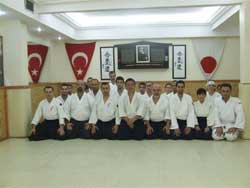 With students at the Istanbul dojo. 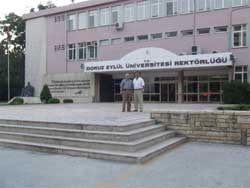 In front of 9 Eylul University with Ali Sensei in Izmir. 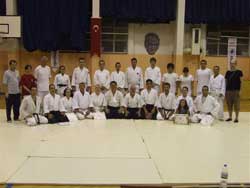