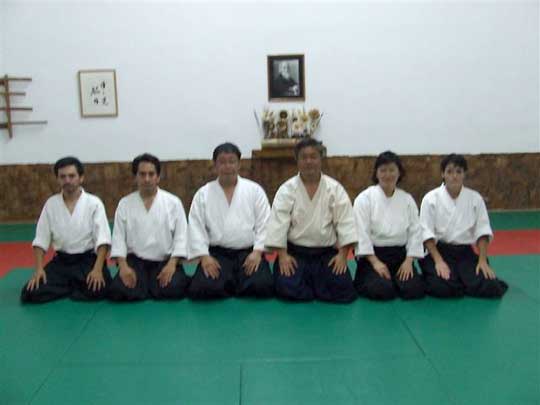 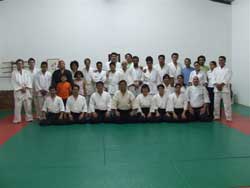 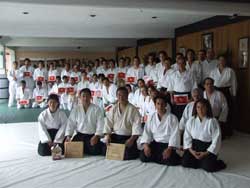 Fernando Sensei and his wife Rocio Aguero Sensei are currently the most active instructors in Mexico, and keep very busy with seminars and AHAN activities of their own in Mexico and Central America. They are both very successful leaders in their communities through AHAN and as Aikido Instructors, and their efforts should be commended.

The IISA tour left Mexico City behind and headed for the city of Cuautla, about two hours outside of Mexico’s capitol city. While there, Alberto Manzano Sensei and his wife Rebecca of Aikido Cuautla hosted a seminar. It was a festive event with classes taught by Yoon Sensei, Miae Sensei, Fernando Sensei, Alberto Sensei and Rebecca Sensei. Aikido Cuautla dojo is a favorite gathering place for the local community and this visit had a family feel to it. Last year on the AHAN IISA 2006 Instructor Training Tour, Homma Kancho and Ali Uludag Sensei of Istanbul, Turkey visited Cuautla as well.

Between seminars there was a little time for fun, so the IISA tour group climbed the Tepoztlan-Tlayacapan pyramid near Cuautla City in one breathless afternoon. 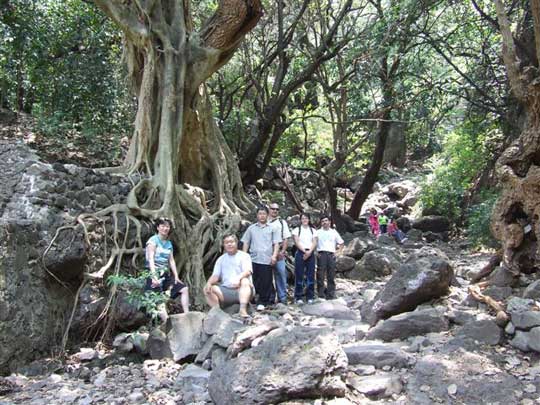 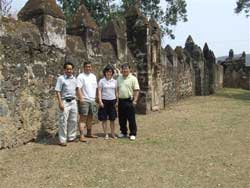 All senseis in front of local ruins. 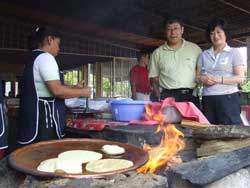 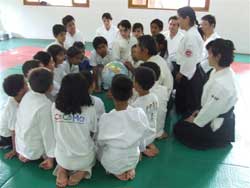 Children in Cuautla gather around the globe, a present from Homma Kancho. 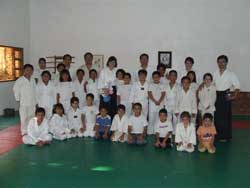 Homma Kancho was assisted on this tour by Nippon Kan Instructor Michael Barrera and Nippon Kan Special team member Rose Bernal, who did a fantastic job at simultaneous translation. Michael Barerra served as Yoon Sensei’s uke which turned out to be a very rigorous job. Michael survived however and is happy to report that he now can fasten his belt two holes tighter than when left for Mexico! Both Michael and Rose were officially sponsored by Nippon Kan to assist on this stage of the AHAN 2007 IISA Instructor Training Tour. Thank you both very much for your assistance!