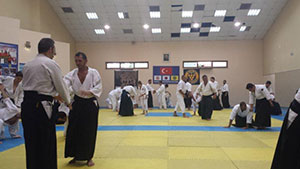 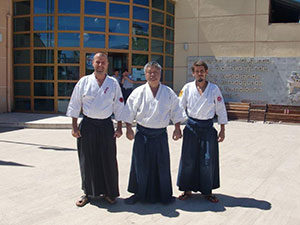 Homma Kancho has instructed seminars many times in Izmir, Ankara and Istanbul, Turkey as well, but in recent years has preferred not to teach at large organizational seminars. Homma Kancho says, “I love all of the people of Turkey but the Aikido associations and politics are complex. I do not want to interfere in any way with Turkish association political dynamics”.

Therefore, for the last few years, Homma Kancho has come to teach in Turkey at the invitation of Nippon Kan Official Instructor Cihan Karaogluol as leader of Aiki Shuren dojo in Izmir. As usual, Homma Kancho taught a lively and educational seminar that was enjoyed by all attending students. Homma Kancho also spent time researching projects for AHAN and food research for his Japanese restaurant Domo. Homma Kancho was treated to a special tour of a fish farm owned and operated by an Aikido student of Aiki Shuren dojo. At this facility, Maguro tuna are captured wild in the Aegean Sea and raised domestically for the international market. 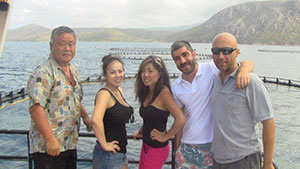 At the Maguro fish farm on the Aegean Sea 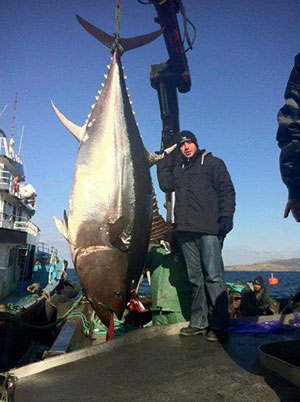 Accompanying Homma Kancho on this portion of the trip were two of Domo Restaurants top wait staff who were chosen to accompany Homma Kancho this trip for research on international customer service and culinary serving styles.

For the Nippon Kan Summer Marathon 2015, two Aikidoka will be attending from Izmir Aki Shuren dojo.