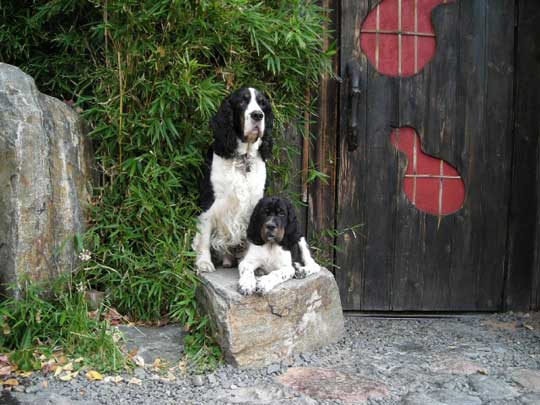 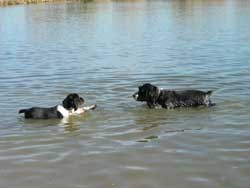 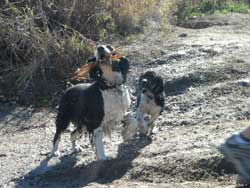 Allow me to introduce Nippon Kan’s newest uchideshi. His name is Santa. Nippon Kan has had three generations of dojo dogs, beginning with Ponk (1989-1996), Genbei (2000-      ) and now our newest addition is little Santa. “Santa” is the Japanese word for third (as in generation), and Santa as our third generation Springer Spaniel is a handful! Santa joined the dojo family on October 20th, after braving a seven hour car ride through the snow.

All the generations of Springer Spaniels (Homma Kancho’s favorite breed) have been great friends to students and staff, especially for all of the uchideshi students who have lived here. Senior resident uchideshi Genbei knows the comings and goings of the dojo and is showing little Santa the ropes.