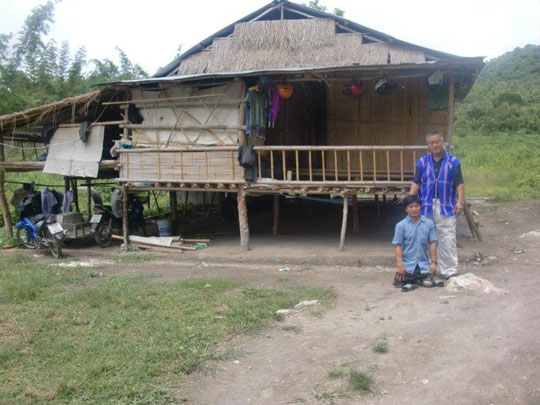 On July 1st, 2011, Homma Kancho was met at the Bangkok Airport by a young man named Lukai, a Technical University student in Bangkok. Homma Kancho had come to Thailand because he had heard stories from Myanmar Karen refugees living in Denver about a Karen refugee who lived in hills of western Thailand; a man that was involved in a rather amazing undertaking…

Lukai and party accompanied Homma Kancho as they made their way by truck for four hours over bumpy gutted roads to Ta Ko Lang Village, deep into the hills, near the western border of Thailand. Homma Kancho first heard about this project from Karin refugees from Myanmar who had relocated to Denver. Homma Kancho was told of a place in Thailand that cared for the orphaned children of Myanmar refugees without the help of any outside support or international aid.

After researching the project, Homma Kancho went himself to this remote area near the Thailand border. He arrived to find an enclave of simple houses made of bamboo; and met a most remarkable man, a young Karen Pastor named Bilay.

Pastor Bilay, now 37 years old suffered from polio as a child which cost him the use of both legs below the knees. In this area the roads become rivers when it rains, and wheel chairs are just a dream from another world.

When Homma Kancho arrived Pastor Bilay was waiting for him and showed him the work he had done himself on a chapel and small shelter for orphaned refuges out of the materials he had on hand; mainly bamboo… What first struck Homma Kancho was how strong Pastor Bilay seemed as he moved easily in his own fashion. It was difficult to believe that Pastor Bilay had built the shelter and chapel himself and did not have the use of his legs… 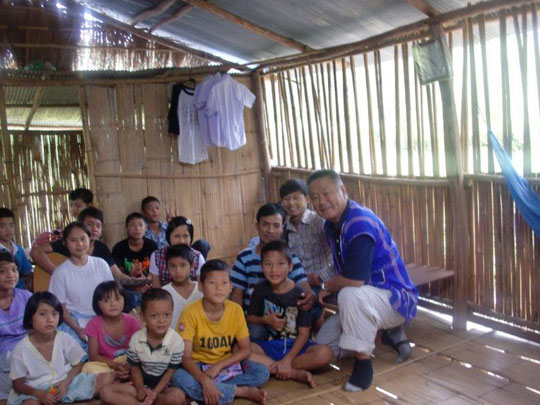 With children at current orphanage facility

With what we might call “physical limitations”, Pastor Bilay does much more than just get by. Pastor Bilay had built this small orphanage that currently houses seven children and a small chapel; all by himself.

There are many reasons why Pastor Bilay has done this without outside support, but as he told Homma Kancho, “there are still a lot of orphans in this area that need help. My mission in life is to help these children”.

It only took moments for Homma Kancho to decide he wanted to help Pastor Bilay with his vision to care for other child refugees, now orphaned and living here near the Thailand/Myanmar border.

The dream was born…and Homma Kancho began to plan in his mind a new facility: Bilay House Orphanage, named for Pastor Bilay who in himself is an inspiration to us all.