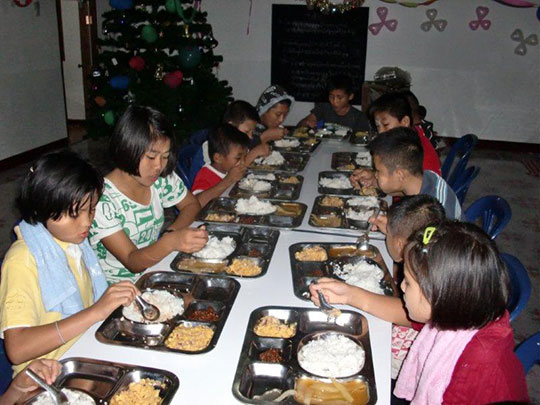 Homma Kancho arrived in Ta Ko Lang Village just in time for Christmas at Bilay House. The 12-foot Christmas tree Homma Kancho had brought during the construction of Bilay House in 2011 was decorated for the holiday and everyone gathered around to sing songs accompanied by three new guitars Homma Kancho brought on this trip from Myanmar.

Earlier in the afternoon, the children had “field day” with contests, fun and games; climbing oiled bamboo poles, short distance foot races, running long jump, races carrying an egg on a spoon in your mouth, biscuit eating contests and dunking coconut games! The winners received prizes and everyone got ice cream, all compliments of the neighboring village. Homma Kancho was surprised that the games and contests were very similar to those played during “field day” in Japan. Possibly, these traditions were passed on in Thailand by Japanese volunteers and workers serving in the UN refugee camps. 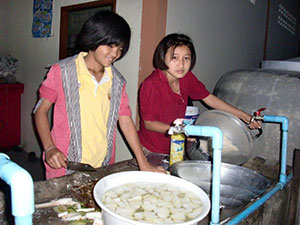 Preparing the foods for Christmas begins before dawn 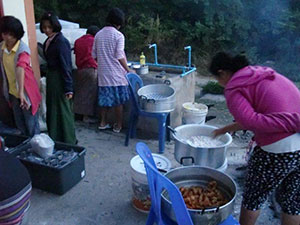 Everyone gets busy as the sun rises 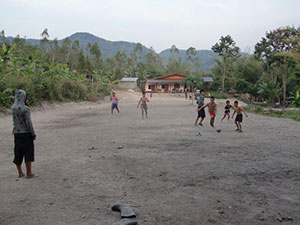 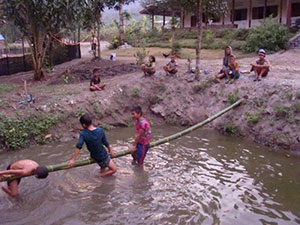 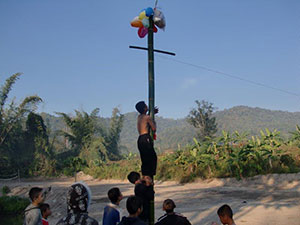 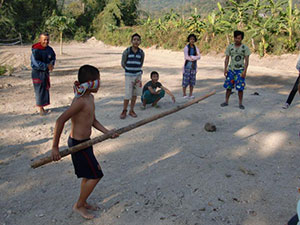 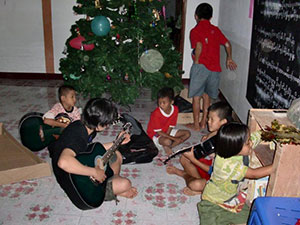 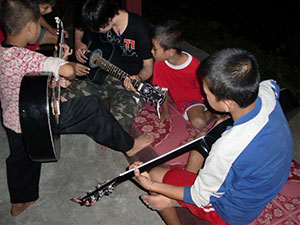 The new guitars are a HUGE hit! Everyone loved them! 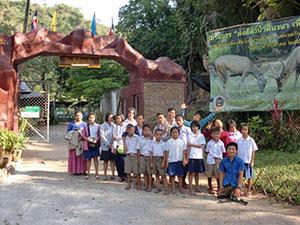 Outing at the zoo… 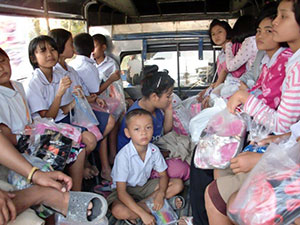 Enjoying shopping at the market

On December 25th, Homma Kancho rounded up the children of Bilay House for a great adventure; a trip to the city! Everyone climbed in a truck hired by Homma Kancho for the two hour drive into town. The first stop was the zoo followed by a trip to the markets for shopping! All of the children received an allowance which they could use to buy ice cream and a souvenir at the market. Homma Kancho remarked, “This is a small but good opportunity for the children to learn about the value of money. The only reality that most of these children have known is one of charity; relying on the generosity of others to fulfill their needs. They need to learn about the real world, and about the concepts of producing and being paid for a product or service. Only in this way will they be able to become productive members of society. This makes me happy”.

The following day, as Homma Kancho was preparing to leave, the children brought Homma Kancho a towel they had bought together at the market for him as a thank you gift. I could see Homma Kancho blink back a tear as he said, “The children should have bought candy for themselves”…

I thought to myself, “Thank God that there is love even in a situation as difficult as this life can be at Bilay House”. 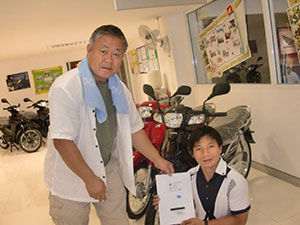 A new motorcycle for Pastor Bilay 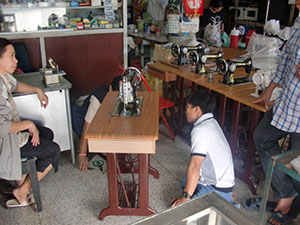 A new sewing machine for the junior high school students

Homma Kancho was very generous on this visit and presented to me a new Honda motorcycle and a new sewing machine for the older children to learn a skill and trade.