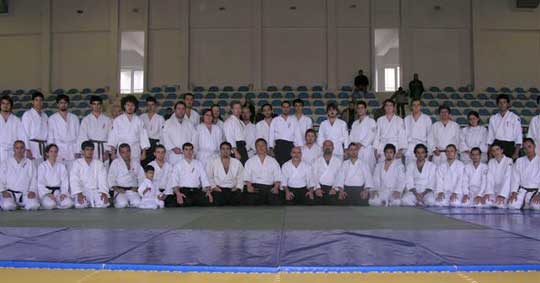 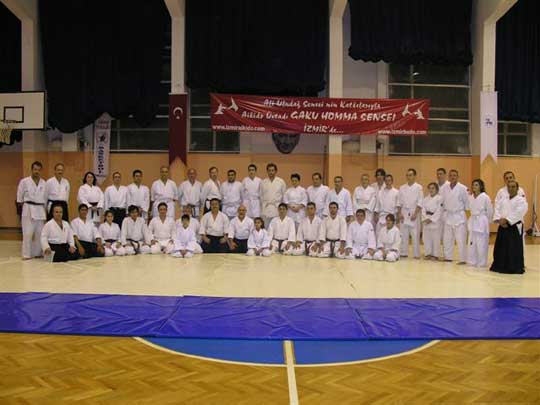 In 2006, Homma Kancho traveled to Turkey three times to coordinate the October concert series to be performed by the Matsukawa Kyougaku Taiko Drummers. When the concerts finally came to an end and the drummers returned to Japan, I (Bryon) continued on with Homma Kancho in Istanbul to assist him as official assistant and uke. Homma Kancho instructed both at the Istanbul Technical University in Istanbul and at the 9 Eylul University Aikido Club in Izmir. Both seminars were well attended and very successful. 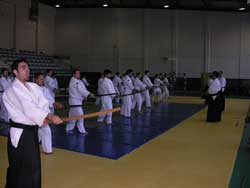 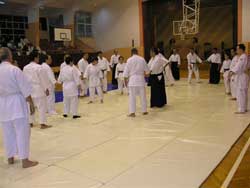 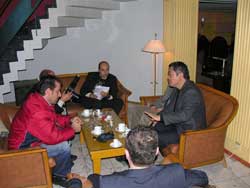 Homma Kancho answering questions at a newspaper interview in Izmir. 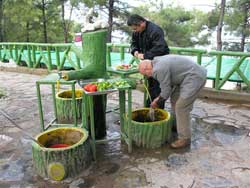 As an instructor at Nippon Kan I am accustomed to watching Homma Kancho teach Aikido as Nippon Kan Chief Instructor. On this trip to Istanbul, I had the opportunity to watch Homma Kancho in new roles; that of tour director, MC, lighting director, staff coordinator and press mediator. It made me remember something I had once heard Homma Kancho say while teaching. “Practicing Aikido, organizing projects and being actively involved in activities is all the same, it is all Aikido.”