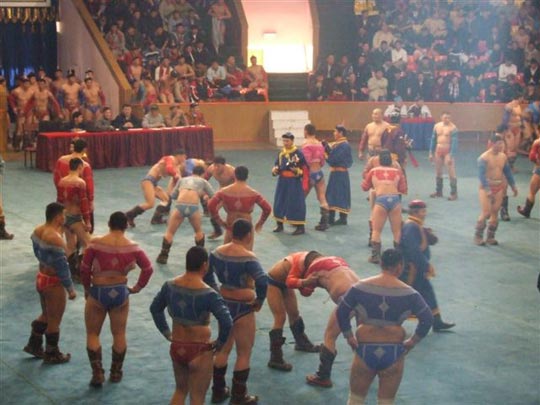 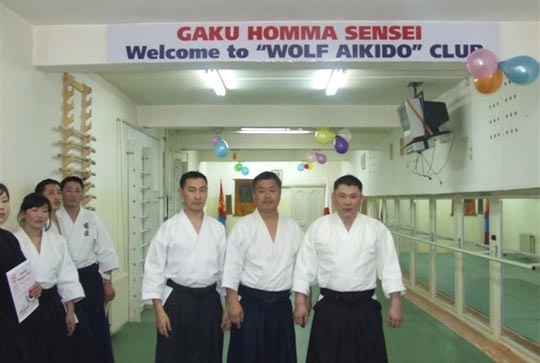 From Bangladesh, Homma Kancho made a quick stop in Japan to meet with Nippon Kan Japan Branch Coordinator and staff members before heading to Mongolia. He arrived on Mongolian Air in Ulaanbaatar late in the evening and the entire AHAN Mongolia Staff was there to meet him. Staff Organizer Mr. Ganzorig who owns a successful security company in Ulaanbaatar, arrived at the airport to meet Homma Kancho with a caravan of three armored SUV’s! Homma Kancho was very surprised by this reception as he was whisked away to my home to meet with the AHAN Mongolia staff. This welcome gathering in Homma Kancho’s honor lasted until 5:00 am the following morning!

That day, practice was held at the Mongolia Aikido Nippon Kan practice site “Wolf Club”. This martial art club in the center of Ulaanbaatar, has a large forty tatami mat practice space and is a training facility for Mr. Dashdorj Ganzorig’s security company employees as well as for local community students. Mr. Ganzorig has about eighty security guards on his payroll that practice Aikido, Karate, Judo, Sambo, Kendo and Boxing at the “Wolf Club” every day. 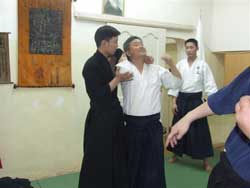 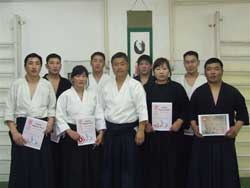 Today Mongolia Aikido Nippon Kan’s goal is to introduce Aikido to as many people as possible by developing sincere relationships and service activities in the Ulaanbaatar community. The goal is to function as more democratic organization without such strict hierarchy, rules and regulations. Already this philosophy has taken off and the dojo has grown almost to capacity.

Mr. Ganzorig has been very active in introducing Aikido in Mongolia by producing three television shows that focused on Aikido. On one show he showcased a popular rock band to appeal to the young people in Ulaanbaatar. Homma Kancho appeared on a show during this visit organized by Mr. Ganzorig that was aired during primetime on Channel 9; one of the major stations in Mongolia. Portions of this television special were filmed at the dojo, and a live interview with Homma Kancho was taped in studio with me (Alima) as the interpreter. After the program aired, there was a flood of calls and visits to the dojo. 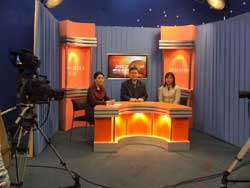 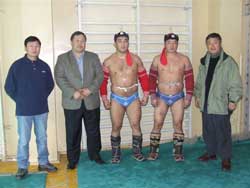 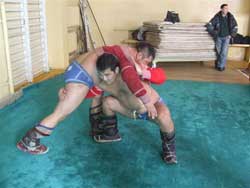 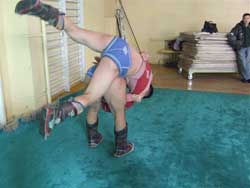 During this very tightly scheduled visit, Homma Kancho also wanted to see Mongolian Wrestling (Buh) to do technique research. It just so happened that that evening at the National Buh (Wrestling Center) a large wrestling tournament was being held. We were able to watch many matches and tour the training center. Homma Kancho was very interested in the wrestler’s movements and techniques. He took notes and photos as he studied the wrestlers carefully. I have a feeling that someday Homma Kancho will write an article about these visits to the Buh. 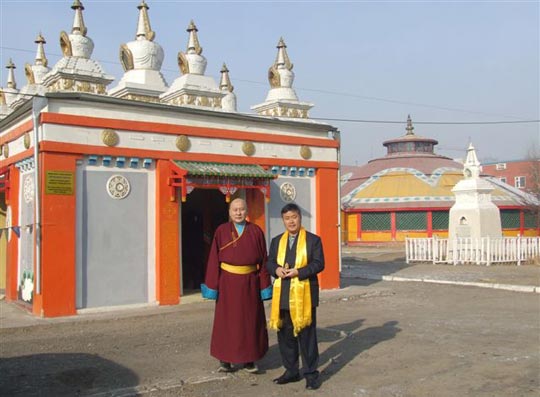 Ganzorig Sensei’s dojo operates in the AHAN spirit. Class fees are very little to none so that this dojo can be open to all local young people. He spends his own money generously to introduce Aikido to the community and he and Bold work very hard to make sure classes and activities work smoothly. Homma Kancho’s philosophy is that AHAN activities outside of our practice of Aikido are a positive way to raise the level of Aikido awareness in our communities. Mr. Ganzorig understanding of this concept is evident in the types of activities he organizes for his employees, students and members of his community. 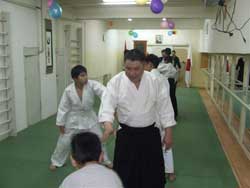 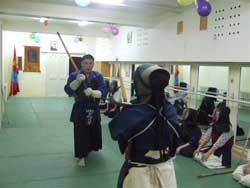 On this visit Homma Kancho followed up on on-going AHAN projects in Mongolia and on current donations of computers and supplies. This past January, thirty computers from Nippon Kan Headquarters used-refurbished computer redistribution program in Denver were shipped to Mongolia. Homma Kancho researched the best placement for this shipment of computers and made arrangements for their arrival. Following up on projects is an important part of AHAN procedure. It is our responsibility to all of the students and community members back home to make sure that AHAN support is being utilized correctly. This time it was decided that the new shipments of computers would be donated to the Dashi Choiling Buddhist Temple School, the Zorig Foundation and local Ulaanbaatar middle schools.