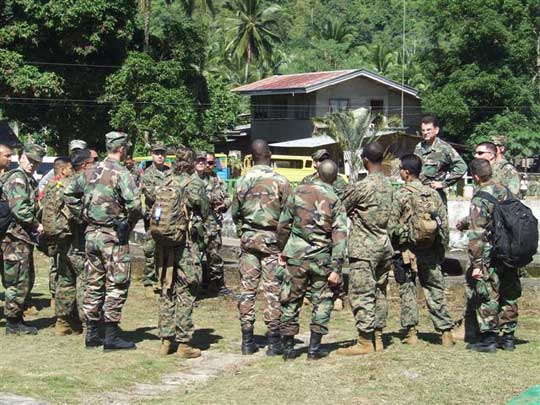 Homma Kancho visited the Philippines this past February on a fact-finding mission for AHAN and to teach Aikido. Homma Kancho had the rare opportunity to be the first Japanese citizen to join a joint U.S. Army and Philippine Army military medical mission in a predominantly Muslim area of the island of Mindanao. This area has been “in the news” lately as a reported hotbed of resistance and terrorist activity. There are many independent resistance groups like the MNLF, and the NPA, and South East Asian terrorist organizations like the Abusaya and Jamaislamia active in this area. Much has been done to calm activity in this area, and currently there is a fragile cease fire in place. Political strife and violence however threaten to erupt in an otherwise magical place. 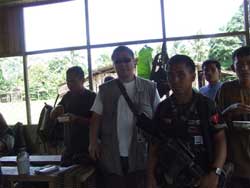 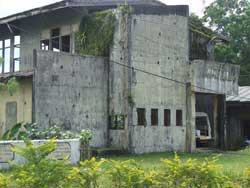 During all of this domestic war activity, there have been few opportunities for local residents in some of the more remote villages to receive any kind of medical care. The goal of this mission was to reach and serve these native Muslim communities deep within jungles of Mindanao. In the coming two days, over 2000 villagers received medical treatment which included over 750 Muslim ceremonial circumcisions, minor surgeries, dental and eye care and the administration of medications. 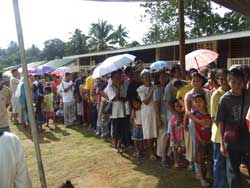 People lining up for medical attention. 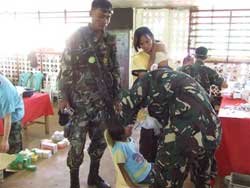 Homma Kancho’s eyewitness report on this mission and his personal reflections can be found in his new article; “Returning Home; the True Mission of the Samurai. Joint United States and Philippine Military Medical Mission Eyewitness Report. Click here