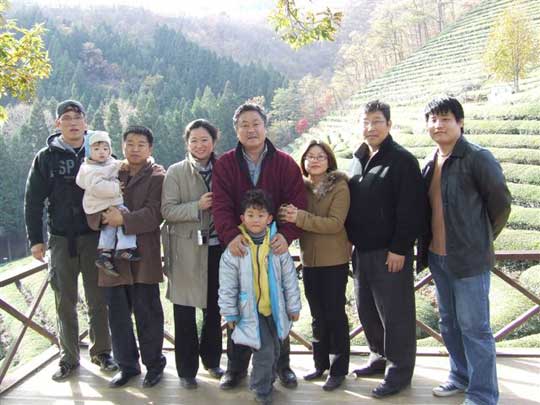 My name is Jae Kyun Shin, and I served as guide for Homma Kancho during this visit to Korea. I myself practice Sib Pal Ki a traditional Korean martial art, and it was an exciting opportunity for me to assist Homma Kancho with this project. 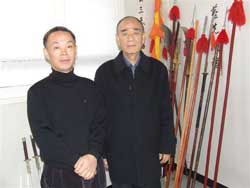 After a few days in Seoul, Homma Kancho, Yoon Sensei, his wife, and I traveled by train five hours south to the city of Suncheon. There we paid a visit to the Suncheon Aikido dojo, and their chief instructor Seok Young Min Sensei. Min Sensei and his wife both work very hard as local pioneer Aikido instructors in Suncheon spreading the practice of Aikido in the Suncheon area. Min Sensei has many wonderful students, and Homma Kancho told Min Sensei that he believed that his dojo would become large and strong in the future because of the heart and sincere efforts that Min Sensei and his wife gave to their dojo and to their students.One of our first stops on this trip to Korea was Homma Kancho’s visit to the Korean Aikido Federation dojo in Seoul, Osung Dojo, founded by Korean Aikikai pioneer Ikam Yoon Sensei. There Homma Kancho spent time in practice with Yoon Sensei and his students. 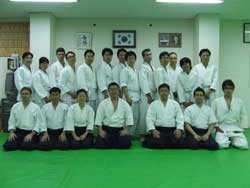 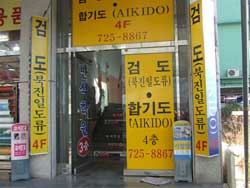 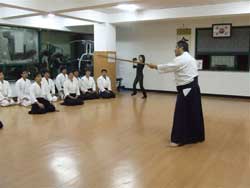 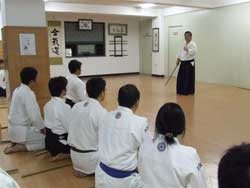 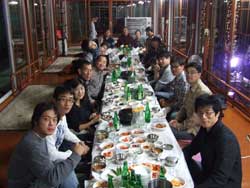 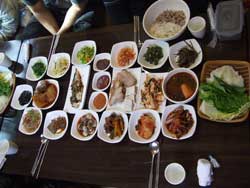 Link here to Homma Kancho’s article “Yoon Sensei and the Power of Youth” written about his first trip to visit Yoon Sensei in 2005.Homma Kancho and our entire party was treated to the utmost in hospitality and we were able to sample many of the traditional foods that Suncheon is known for. We were also treated to a tour of the area and were able to visit some of the historical sites of Suncheon. To complete their hospitality, we were given a traditional farewell by Min Sensei, his wife and students who came to the train station to bid us farewell.

Link here to a letter written by Min Sensei to Homma Kancho.