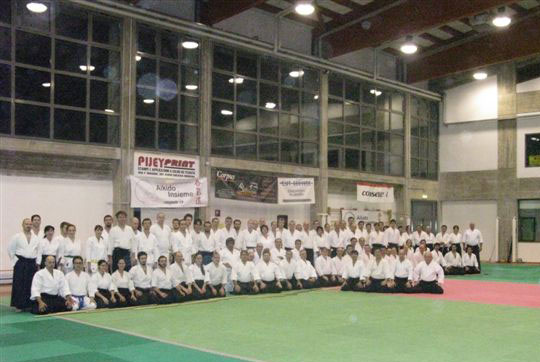 Homma Kancho’s first stop on this trip to Italy was the city of Parma where he taught a seminar hosted by the FESIK (www.fesik.org) Italian Sport Karate Federation and Aikido Insiemehttp://www.aikidoinsieme.it/ instructed by Nehme Michel Sensei and organized by Furlanetto Massimiliano Sensei. The sports complex where the seminar was held was large enough to lay 600 tatami mats where over 200 Aikidoka came to practice. Aikido Insieme is a non-affiliated independent dojo in Italy with a large following and students came to this seminar in Parma fr 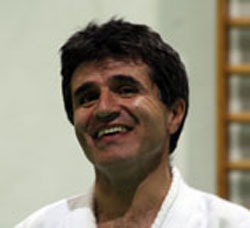 om all over Italy including Sicily in southern Italy.

In accordance with AHAN (Aikido Humanitarian Active Network) guidelines, a portion of proceeds from this seminar were donated to the “Centro Sociale Airone” that supports literacy programs and cultural activities for the elderly. The fundraising was a great success and the Mayor of Parma, the Director of the Centro Sociale Airone, and the Italian Sports Karate Federation President came to the seminar closing ceremony to accept the donation. In the Parma area, this was the first time that a martial art event had raised funds for their community and everyone was appreciative of the effort. With this AHAN activity, a new approach for the martial arts and the positive link with local community service programs was realized in Parma. 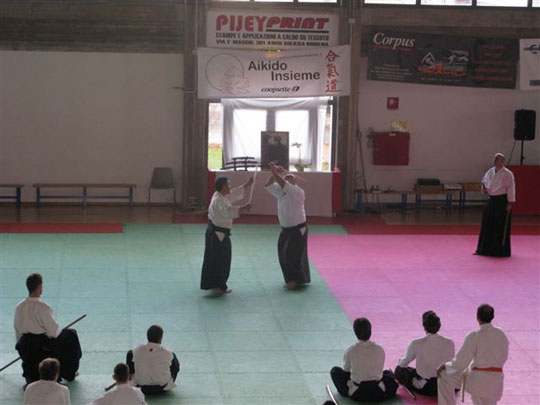 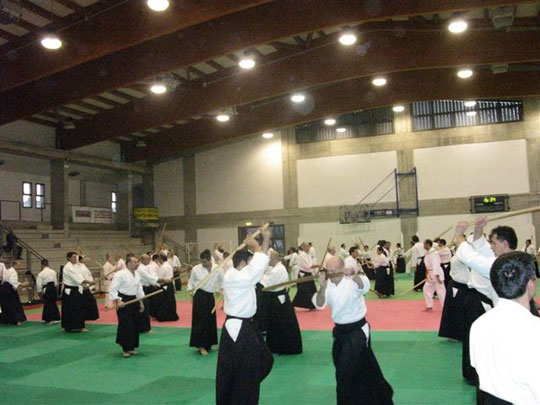 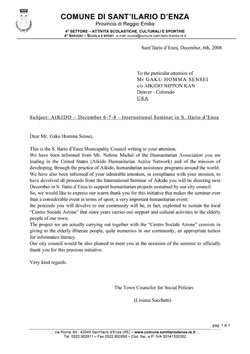 At the three-day weekend seminar in Parma, practice was held six hours a day. Homma Kancho commented, “You all have put in a months worth of practice in three days time!” Homma Kancho’s teaching was well-received as his curriculum was developed to be easy for participants to follow, punctuated with humor, history and a wealth of experience and insight.

To keep his focus, Homma Kancho did not spend a lot of time with extra curricular activities during the seminar. He was a well-disciplined instructor who paced himself like a professional athlete. Homma Kancho noted, “We always try to make sure that our hosts understand beforehand, but usually I need to use my time off the mat to prepare for the next classes. I understand that students and instructors are generous in spirit and do their best to arrange dinners and parties during a seminar. I always feel bad if I must decline these invitations. It is not a reflection on the hosts, but due to the fact that I take my responsibility seriously to teach a seminar to the very best of my abilities. To this purpose, it is my policy not to socialize extensively when it is time for me to teach.” I think that the secret of Homma Kancho’s endurance in all of his travels around the world is his self discipline and self control.

The seminar drew to a close with a standing ovation, and invitations were extended to Homma Kancho to come again next year. 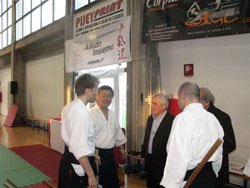 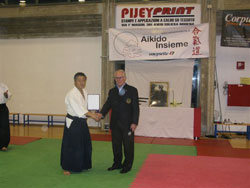 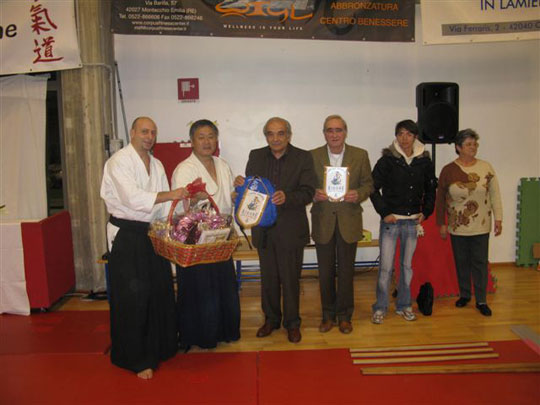 With director of the Centro Sociale Airone

This past summer, I accompanied Homma Kancho as assistant on a trip to Egypt. I was surprised that students there would stop practice in the middle of class time to attend to their daily prayers as was dictated by their Muslim traditions. I have been able to learn many things accompanying Homma Kancho on his travels, but between prayers and wine with practice, I think I have experienced both ends of the cultural spectrum!

Many people brought wine to Homma Kancho as gifts, and before long we had a collection of at least 20 bottles of wine. Homma Kancho said that we could not carry that much wine back through customs in the United States, so we were ordered to DRINK UP! Nippon Kan Instructor Michael Barrera who also assisted Homma Kancho on this trip and I willingly complied. 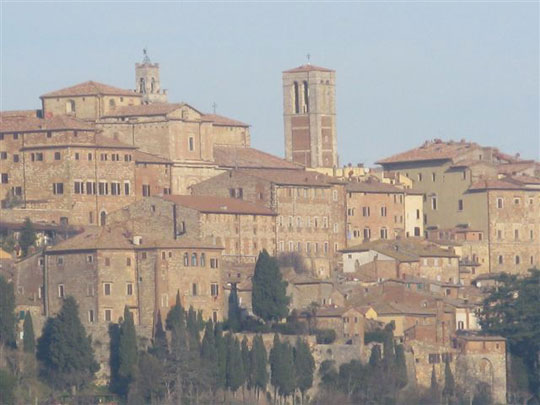 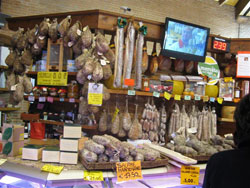 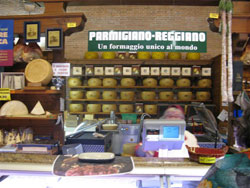 Parma is famous for its cheese and ham.

After we said our goodbyes in Parma, we headed for Rome. On Homma Kancho’s past two visits to Italy, he had been the guest of Samuel Onofri Sensei and his wife Aurora. This time Samuel had a recreational vehicle which made traveling quite comfortable. On the way back, we stopped at the home of graduate uchideshi Michele Zanrei, who trained as an uchideshi at Nippon Kan Headquarters this past spring. Michele and his family invited us to their home, so we stopped by for homemade pizza and homemade wine. Homma Kancho was very happy with the hospitality of Michele’s family and declared that the meal served at their home that day was the best meal he had had in Italy! 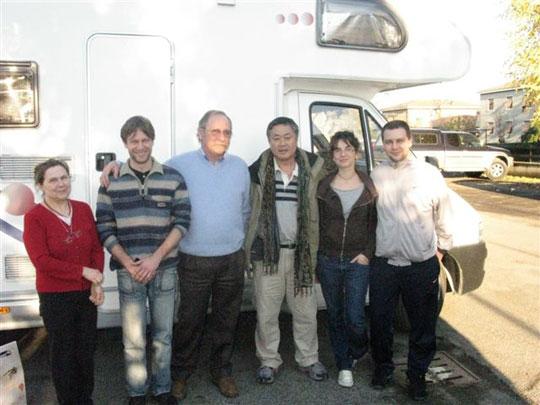 At the academy, 20 different classes are offered, and even though they have only been open since August, they have about 200 students studying there. This Christmas, the Academy will be performing a Christmas fundraising performance of the opera, The Hunchback of Notre Dame to raise funds for community service efforts in the area. Samuel Sensei teaches Aikido and Kempo at the academy and other martial arts are also offered instructed by volunteer instructors. We only were able to spend one day at the academy, but the day was spent well, as  Homma Kancho was able to teach a 3 ½ hour beginning level class that delighted all attending students. 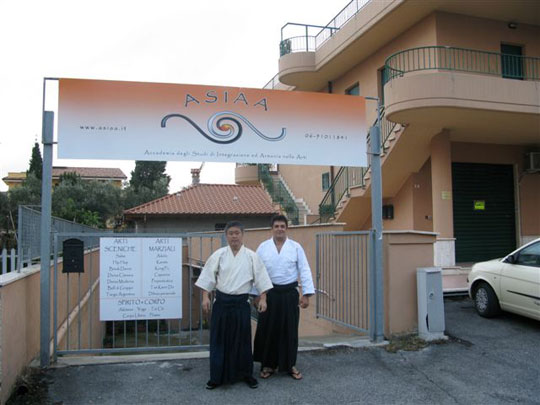 Onofri Sensei in front of the A.S.I.A.A Academy

All of the proceeds after expenses from the Parma seminar were donated to the Parma literacy projects at the Centro Sociale Airone. Since the purpose of this seminar was humanitarian and community oriented in nature, airfare and other travel expenses were sponsored by Homma Kancho and AHAN headquarters in Denver. 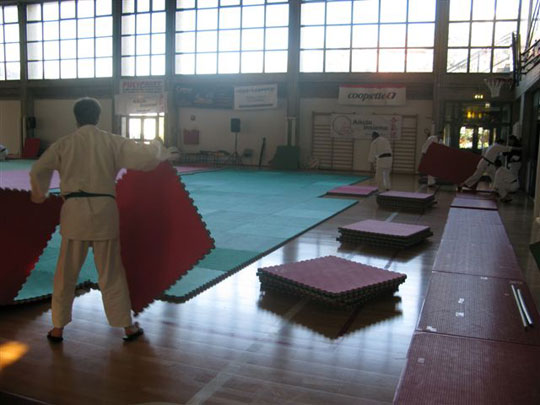 Putting away  600 tatami mats is a big task! Thank you to all who volunteered.