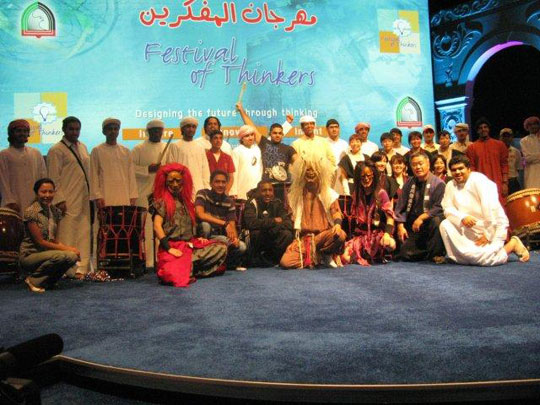 Drummer in costume and staff.

The next day, we made our way for about a two hour drive from Abu Dhabi to the city of Dubai, where the Kyougaku Taiko Drummers were scheduled to perform at the HCT Men’s University Campus auditorium. The drummers played an hour long concert on the beautiful men’s campus which was also attended by Minister Setsuo Ohmori and First Secretary and Consul Haruo Yamagami. 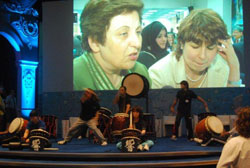 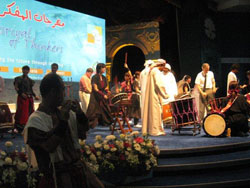