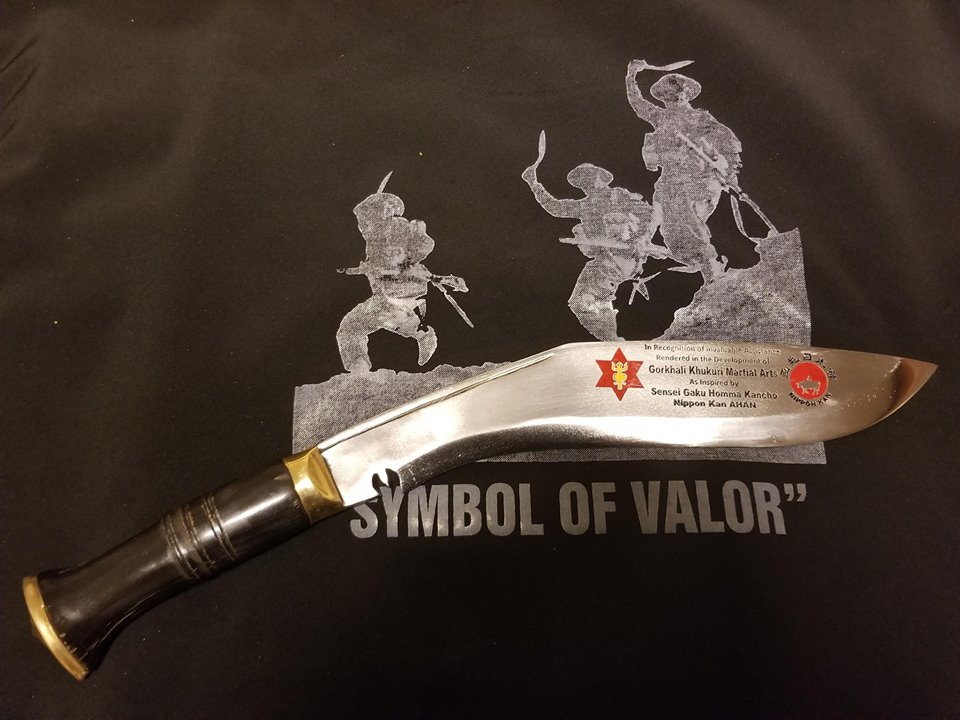 The video clip captures 4 sets of Kata of Khukuri knife movements that are practiced by Nepali Army soldiers.  The Khukuri a traditional Nepalese knife, and it has long been one of traditional weapons of choice by the Nepalese Army for training and military purposes.  Mr. Dan Gurung of Nepalese Army Rangers , who is also the Head Instructor for Nepalese Army Rangers Nippon Kan Aikido, played an instrumental role in the creation of the 4 sets of “Khukuri” Kata Movements with inspirations from Aikido Nippon Kan’s Bokken Kata movements.

The video clip is of a practice session in preparation for the Army Day celebration that took place on February 13.

On the day of the Army Day celebration, 105 soldiers performed the Khukuri Knife Kata movements in unison in front of Nepal’s dignitaries, including the President of Nepal and dignitaries from other nations.  The 105 soldiers were given a standing ovation after the incredible performance.

A video clip of the performance on the Army Day is to be uploaded on a later date.