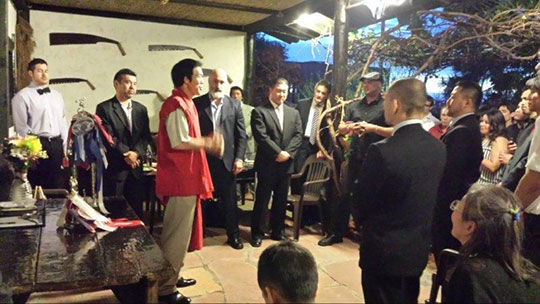 Joko Ninomiya Shihan, Founder of Enshin Karate, celebrated his sixtieth birthday with family and students in the Nippon Kan gardens on May 18th.  The party was planned by generations of senior students, and the foods and drink were provided by Domo Restaurant.

Over 70 of Ninomiya Shihan’s students from all over the world were in attendance to celebrate this very special birthday. Ninomiya Shihan enjoyed the party in his honor and said, “60 years old is just a starting point. I have much further achievement to pursue”.

Ninomiya Shihan wore the traditional red vest that I gave him for the party. Some of the guests who were not familiar with this Japanese custom were slightly amused.

With scheduling difficulties, our annual Nippon Kan VS Enshin Karate bowling tournament was not held this year. Therefore a one-on-one match was held between Ninomiya Shihan and myself; on a table with tiny toy bowling pins and balls. Unfortunately Nippon Kan lost this match too this year…

After the bowling match, Ninomiya Kancho and I sang a Japanese song together which everyone seemed to enjoy. 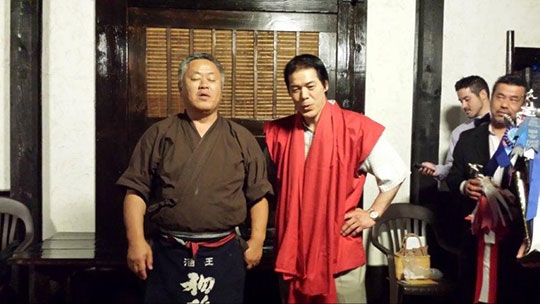 Singing a Japanese song together

The day before the party, Enshin Karate held its “Sabaki Challenge” World Karate Tournament in Denver. Eleven fighters and coaches came from Japan for this tournament and as is tradition, stayed at Nippon Kan for the week of the tournament and party. 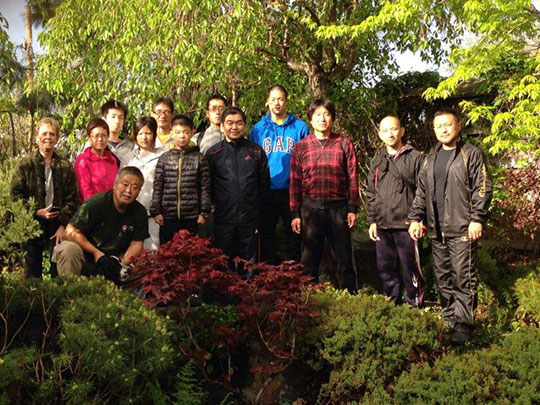 The weekend of May 17th-18th, was a busy one indeed as the Kendo Ito Cup Tournament reception and Joko Ninomiya Shihan’s birthday celebration were scheduled back to back in two days time!

Ninomiya Kancho and I have already begun the process of handing over the reins to the next generation. Ninomiya Kancho spoke, “The goal has been to teach the true ethics and moral character of Japanese Budo to students from many different backgrounds and countries. Now I put my faith into the next generation of young Japanese instructors to continue the teaching of “real self” through the understanding of Budo. My job now is to support them”.

Proceeds from Ninomiya Shihan’s party and housing of the Enshin Sabaki competetors were all donated to AHAN to be used for measles medications for the Badjao tribes of Mindanao in the Philippines. More on news of the measles outbreak is documented in this update.