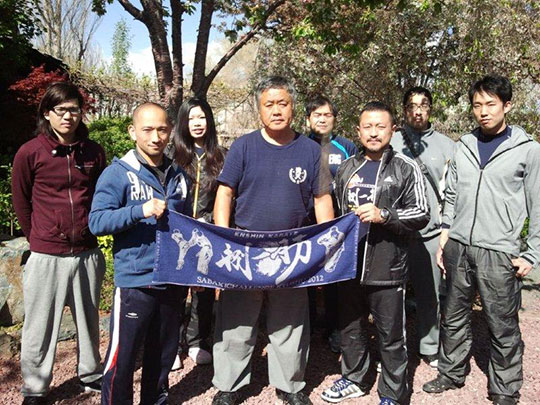 The 38th Annual Sabaki Challenge Karate Tournament is hosted every year by Enshin Karate, Joko Ninomiya Kancho in Denver (www.enshin.com). Enshin Karate’s international headquarters is in Denver and students from Japan and many parts of the world have come to Denver to train under Ninomiya Shihan as uchideshi (live-in) students.

Many of these Enshin uchideshi have returned to Japan after their training and opened dojos of their own. Every year they return to Denver with their students for this annual international karate challenge.

While in Denver for the Sabaki Challenge, these graduate Enshin uchideshi and their students always stay at Nippon Kan which offers them a place to train, and good food prepared by Homma Kancho himself. Many champions have stayed at Nippon Kan during the tournaments and as Homma Kancho always has said, “If they eat my cooking, they will win!”

In addition to Kendo practice, Homma Kancho supports the development of all traditional Japanese martial arts in the Denver.