After Homma Kancho returned from his trip to Asia in late October, he took a period of solitude. “Even sumo wrestlers and football player have an off-season. I am an athlete too, even as a 60 year-old senior citizen!
Homma Kancho used the time in solitude to reflect on current Nippon Kan operations and in mid-December began to activate improvements in office operations, website redesign, class scheduling and even new menus for Domo Restaurant. “Improvements and growth start from danshari which means to remove unnecessary things. Sometimes improvements do not involve adding new things but removing what we do not need. Reshaping Nippon Kan operations is a goal of mine for Nippon Kan in 2011.”

This year Homma Kancho received many well deserved awards and recognition for his service to our community. Someone joked that we were going to need to build more walls to hang all of the new plaques! Homma Kancho, looking at these gifts commented, “These awards are of course an honor but not a final reward. It is good that our projects have been recognized, but what is important is that we continue our work”. 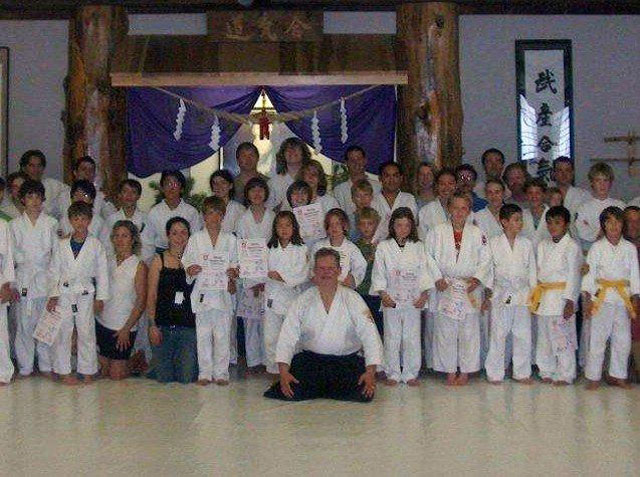 Thomas Dammen, Youth Program Instructor through 2009 passed away December 31st, 2010. We will all remember Tom’s gentle spirit and gifted insight. To recognize his passing, no decorations were erected for the New Year Opening Practice 2011 which is a tradition of mourning in Japan.

May Tom rest in peace, he will be missed.