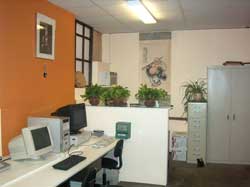 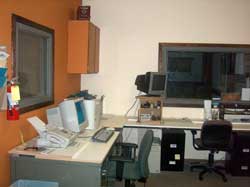 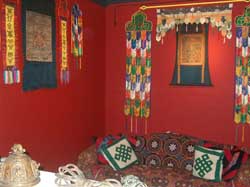 The Nippon Kan office went through a transformation the week of June 20th-27th. Since the dojo’s new facility opened over nine years ago, all of the facility construction had been completed except for the Nippon Kan office. There have been so many new projects and activities at the dojo over the past decade that plans for the office always seemed to get postponed. Finally this week in June, Homma Kancho looked around at the office overflowing with project activity files and accessories and commented, “It is getting so full in here there is barely room to walk! It’s demolition time!” With that he ordered a commercial sized roll-off trash container and the clean-up began. For a solid week, from morning until night, (and a few days all through the night), Homma Kancho worked to transform the office. “Ali San Sensei is coming from Turkey soon, and the day he arrives is the day I want to have this office finished. I cannot stop until the work is finished. Without this kind of deadline, I think I probably would not be able tackle a job as messy as this one”, Homma Kancho admitted. As promised, the dojo office remodeling project was completed at least three hours before Ali San Sensei’s arrival!