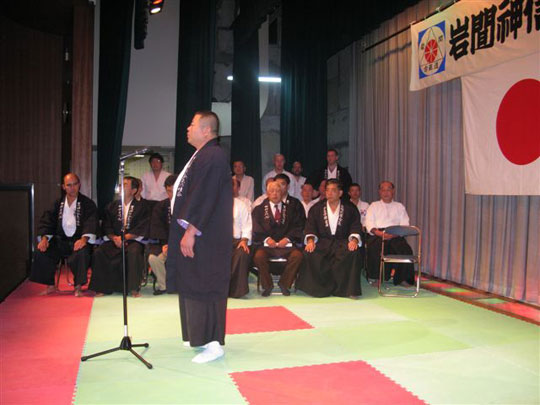 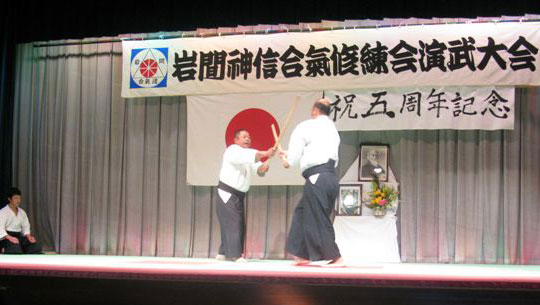 Hitohiro Saito Sensei spoke before his demonstration, “Techniques are created and passed down by human hands; they belong to people, not to any particular place or dojo.” Saito Sensei went on to talk about his chosen path as an instructor independent from the large Aikikai organization and his commitment to promoting tradition in his teaching of the Iwama style Aikido of his father. “This,” he said, “is my purpose. I take with me on my path, Iwama Aikido.” 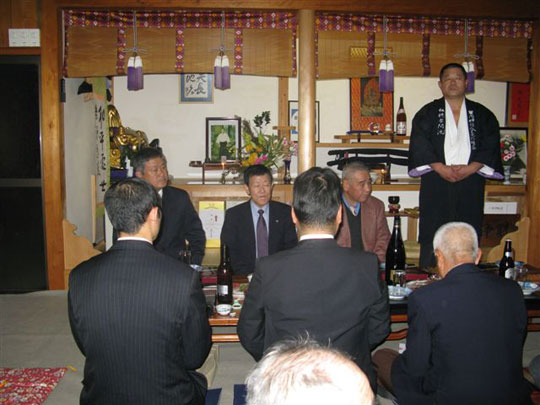 Saito Jukucho with Kobayashi Shihan and Inoue Shihan at the celebration party.

In attendance were Kyoichi Inoue Sensei, (Metropolitan Aikido Shihan, former Yoshinkan Kancho) and Yasuo Kobayashi Sensei (Aikido Kobayashi dojo http://www.cup.com/kobayashi-dojo/english/index.html) both of which were very close Morihiro Saito Shihan and had many stories and memories to share.