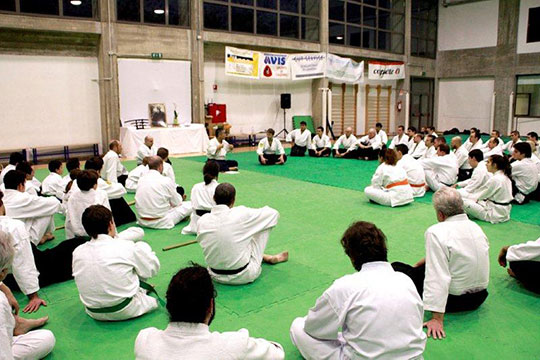 Homma Kancho instructed a seminar in the city of Parma in northwest Italy, February 1-2, 2013. The Parma region is famous for its cheese and dry-cured prosciutto ham. The seminar was hosted by Aikido Insieme, instructed by Michele Nehme Sensei (http://www.aikidoinsieme.it/. Aikido Insieme is a large Aikido dojo that has chosen to remain independent therefore does not belong to a larger organization or federation. 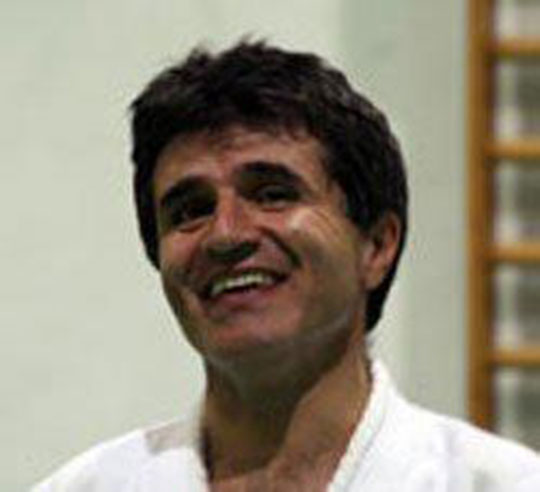 Students traveled from all parts of Italy to attend this special seminar as Homma Kancho focused on “Understanding body movement through the movement of the Jo against the Bokken”. Proceeds from the seminar were donated to a new Children’s Hospital in Parma.

When Michele Nehme Sensei is not teaching Aikido at Aikido Insieme, he runs a very busy private practice as a physician. 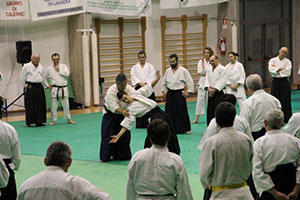 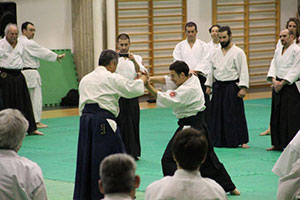 During the seminar, students shot a “home video” of Homma Kancho performing Jo Aikido movement, Psy’s “Gangnam Style”. Homma Kancho has used popular music before to demonstrate the essence of Jo movement; natural movement that expresses inspiration from the heart.

Many instructors do not emphasize natural movement when practicing with a Jo, focusing too narrowly on robotic kata movement only. Homma Kancho’s emphasis in this method is to make the Jo an extension of yourself, just as the Founder did with the Jo during morning prayers at Iwama dojo in Japan. Homma Kancho served the Founder at that time as the last uchideshi to the Founder and watched him perform with the Jo in this way many times.

Take a look at the video of “Gangnam style Aikido” here!

The seminar was organized in part by instructor Michele Zanrei, a six-time graduate of the Nippon Kan Uchideshi Program at Nippon Kan Headquarters in Denver, Colorado USA.
Link here to a seminar report and further reflections by Michele here.