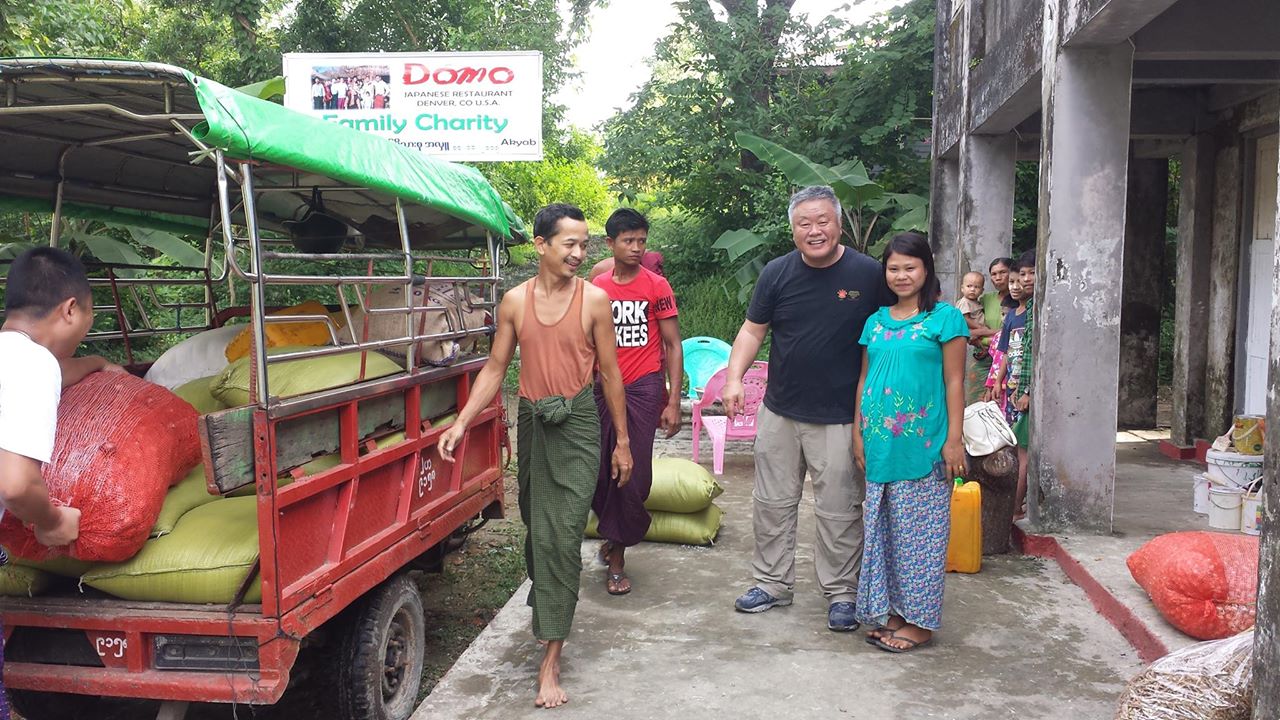 Ms. May was waiting for us.

Ms. May came out to greet me with her big welcoming gesture with her baby belly.  Back in 1996 when she was 3 years of age, she was brought to the temple by her mother, and it was only the mother who left the temple and went back home.  As the mother was so poor that she could not raise her baby girl, the mother brought her daughter to the monastery, her only hope for the little child to survive and to be raised.  It was in February of 2014 when I met Ms. May for the first time; she was about to turn 20 years of age.  She was looking after Buddhist refugees at the monastery. 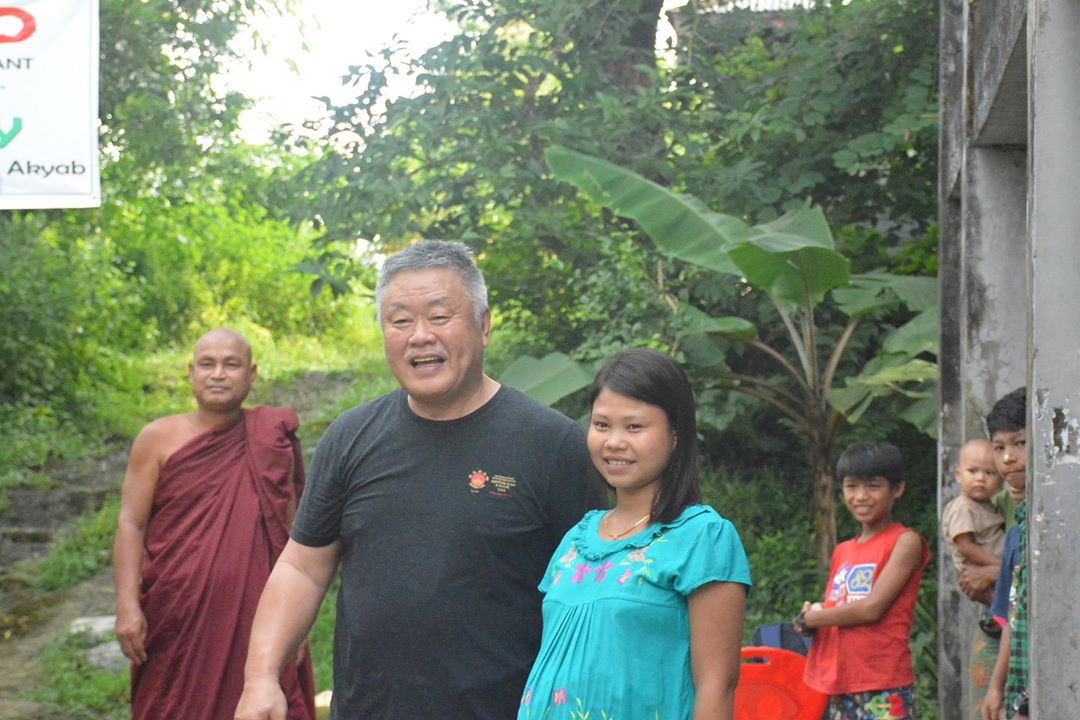 May and, behind her, Activist Monk Adithtan Sayadaw 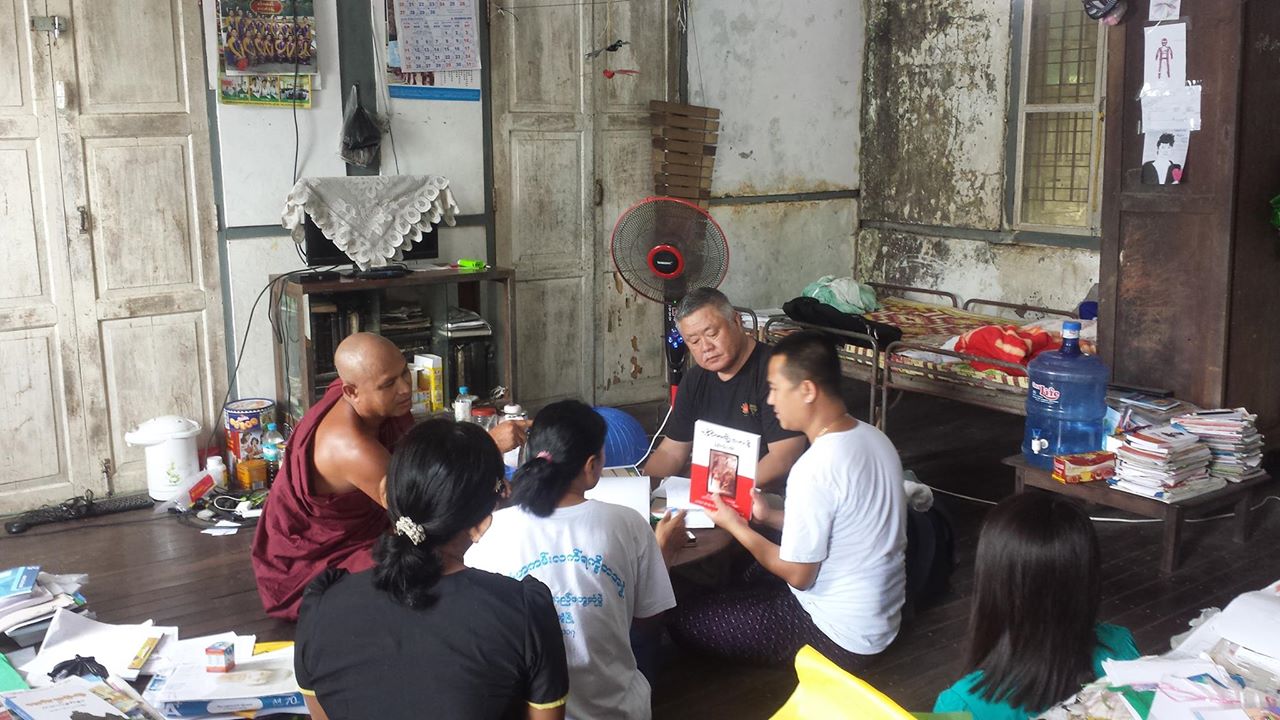 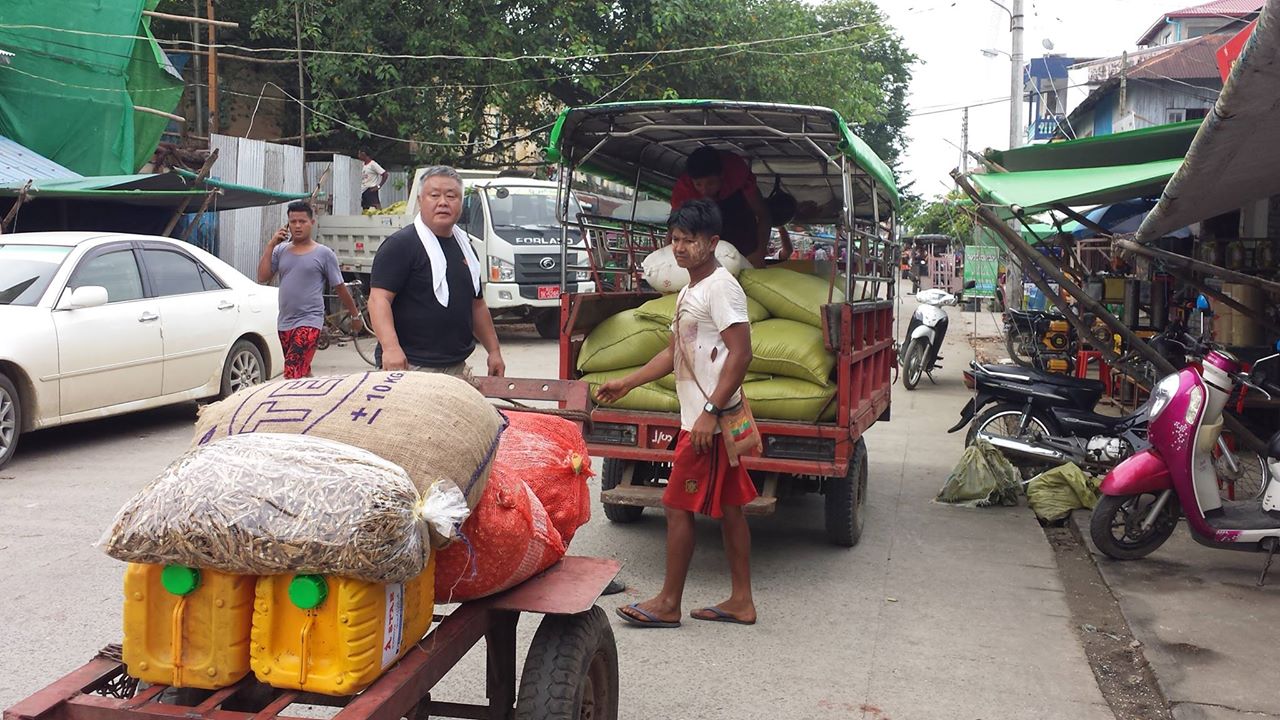 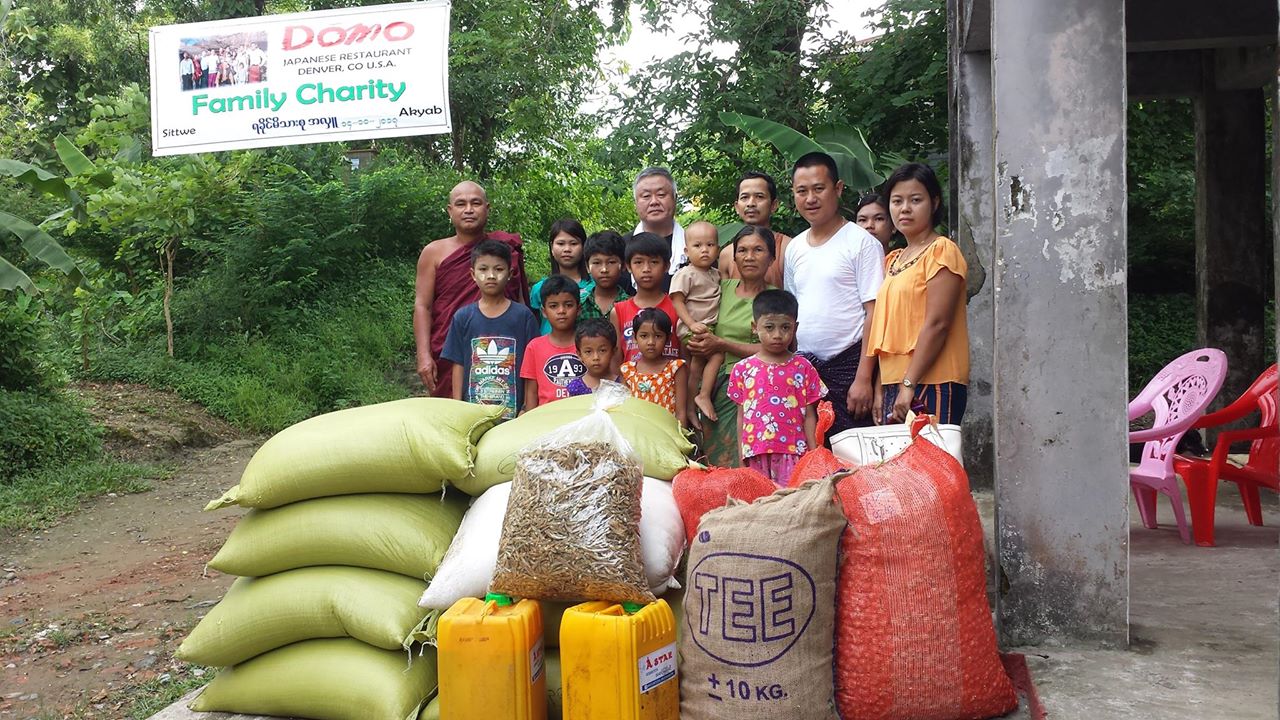 Behind the support items. 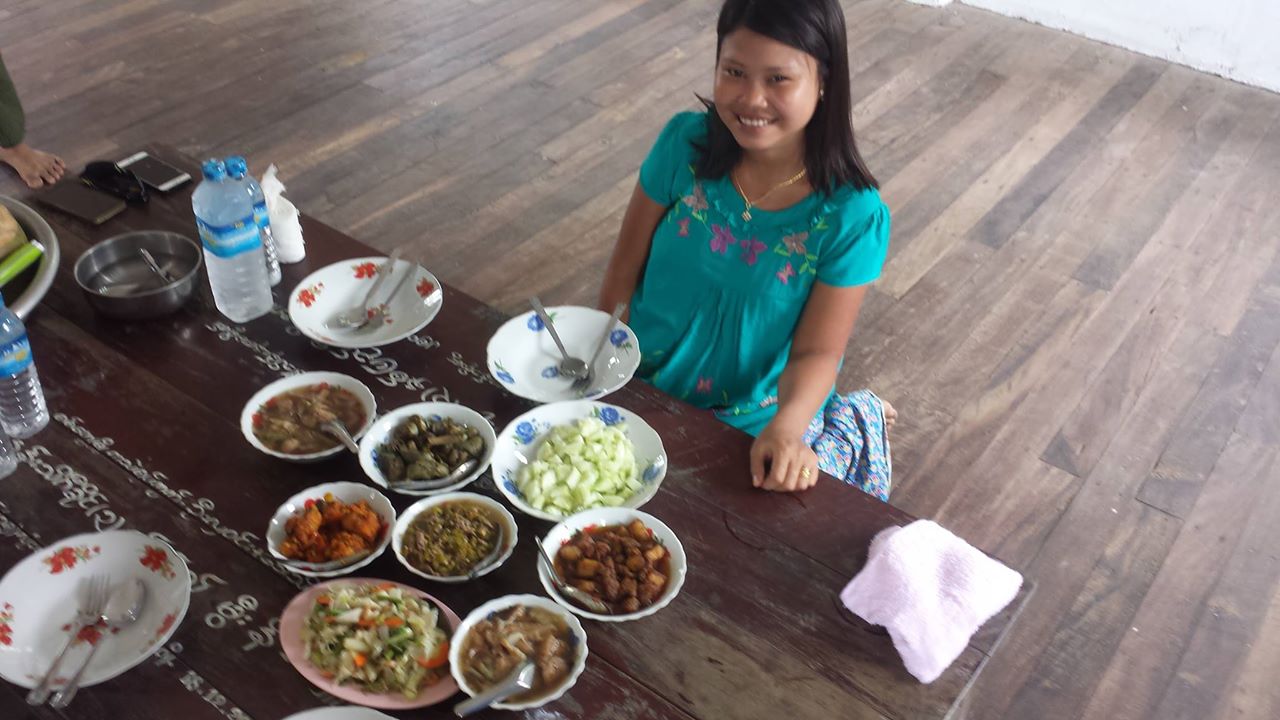 Ms. May cooked a meal for us.

That year, clashes erupted three times between Rohingya people who were Muslims and local residents who were Buddhists, and the clashes resulted in not only various parts of the city burned to ashes, but deaths of many people from both sides.  Tens of thousands of people were displaced and became refugees from both sides, and there was an influx of refugees to places like the monastery.

In 2010, when Myanmar was still under Military Rule, Ms. May was living at the monastery where over 100 infants, toddlers and older children, including disabled children were looked after. Many volunteers from various NGOs from all over the world were also living at the monastery to provide care for the needy children.  Whether such humanitarian operations attracted immoral attention of military who may have found the monastery’s benevolence irrelevant, military soldiers raided the monastery, and most people at the monastery were forced to be carried on the back of trucks and removed from the monastery, including over 30 infants.  According to many witnesses, infants were dropped off and abandoned in nearby forests while others were detained at a local police station.  No one knows of what happened to any of the infants or whereabout they may be.  Mr. Adithtan Sayadaw, the Presiding Monk at the Monastery was being summoned at a different location when the raid took place, and he was arrested during the questioning.  Ms. May, about 16 years of age at the time, fled amid the chaos of the raid, and she ended up being on the run for the following 2 years or so.  Although the Presiding Monk was wrongfully charged and sentenced for 18 years, he was able to return to the monastery after 1-1/2 years thanks to the effort by Amnesty International.  It was more than 6 months later when Ms. May was able to come back to the monastery after she had heard a rumor that he had been released and come back to the monastery. 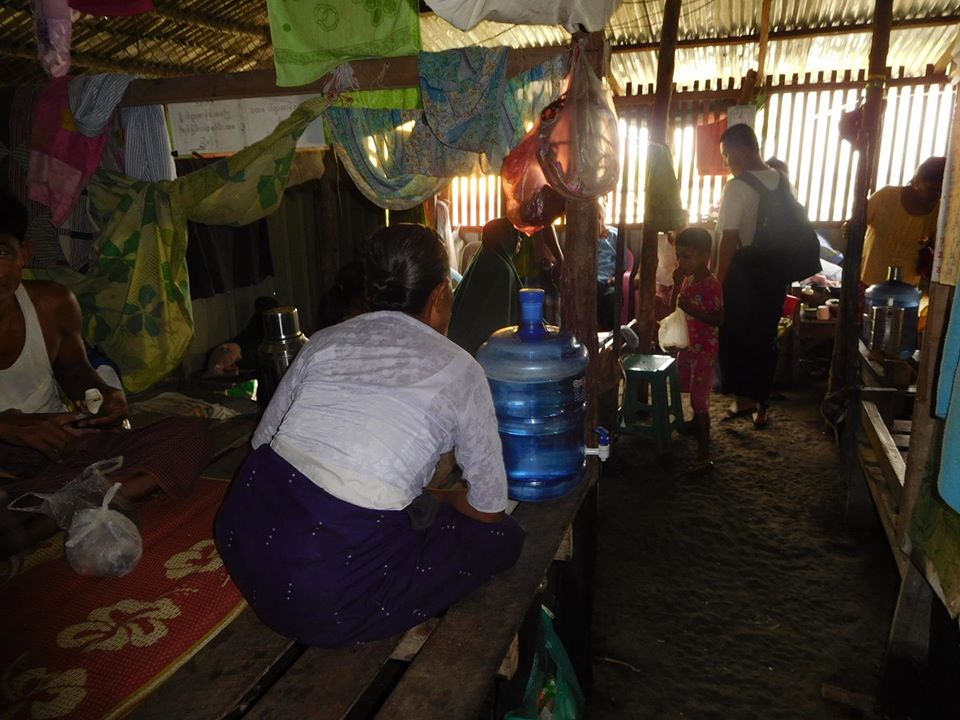 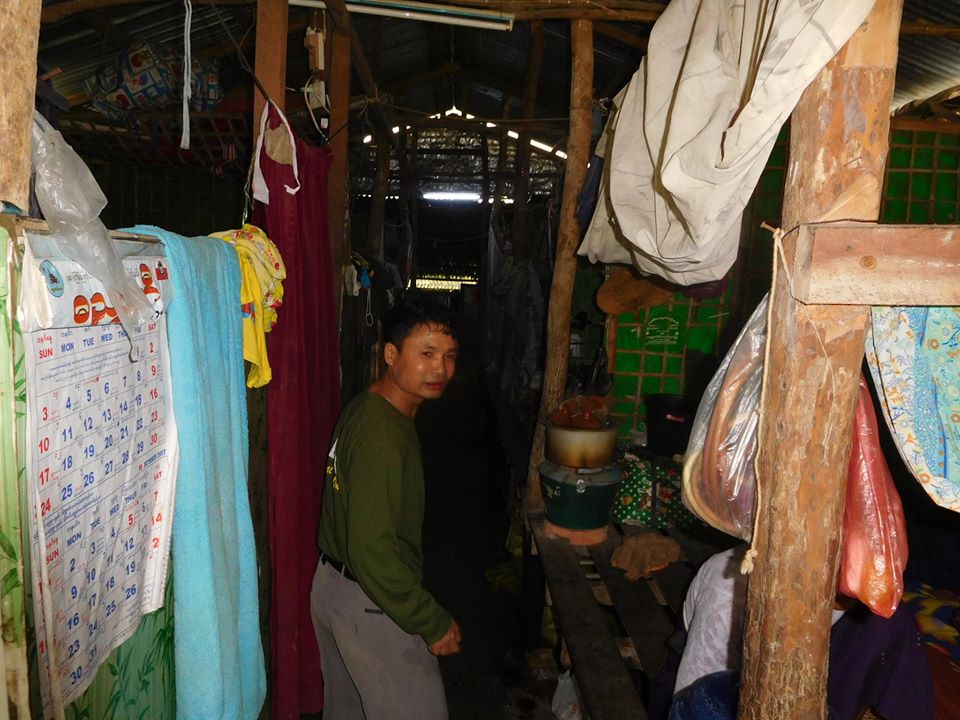 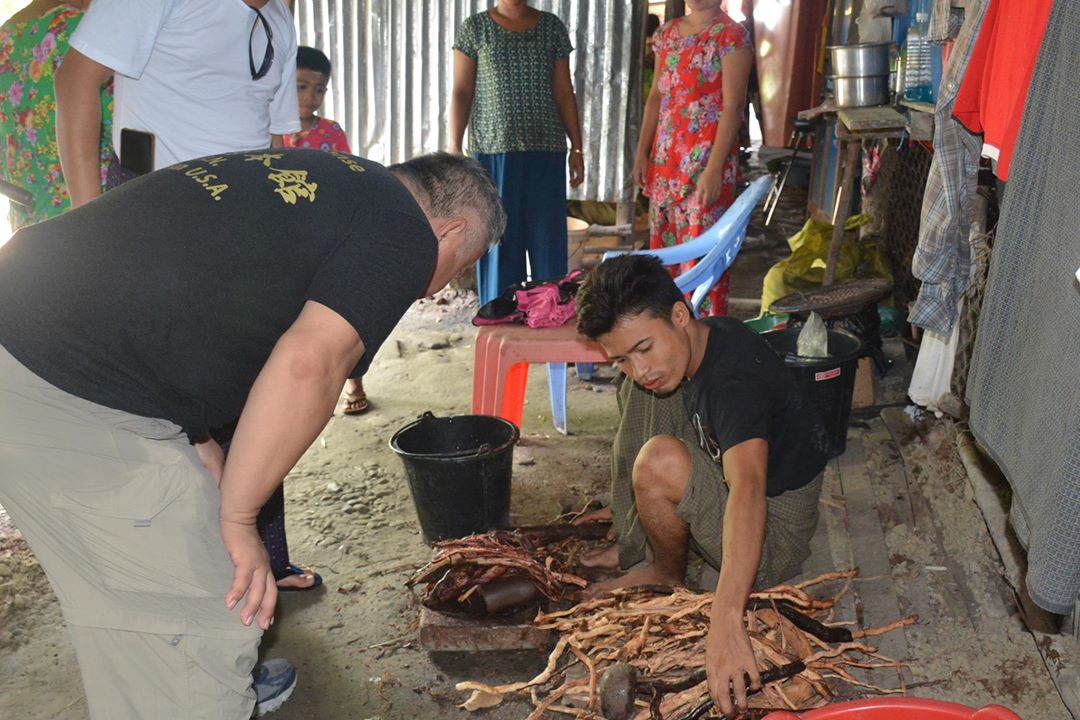 Peeling off the skin of a root of a tree. 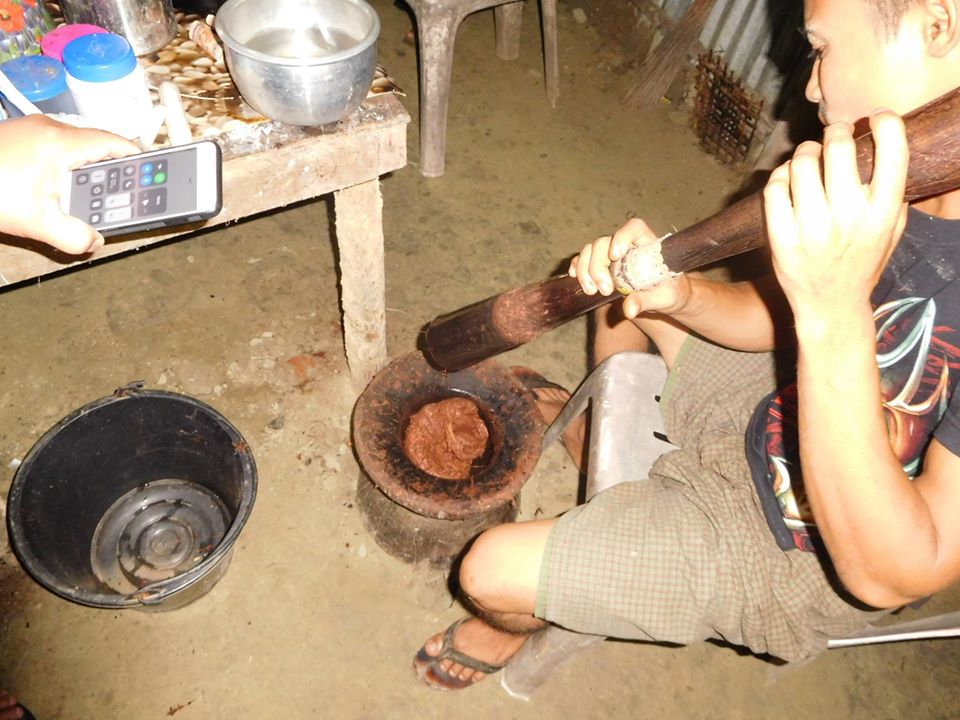 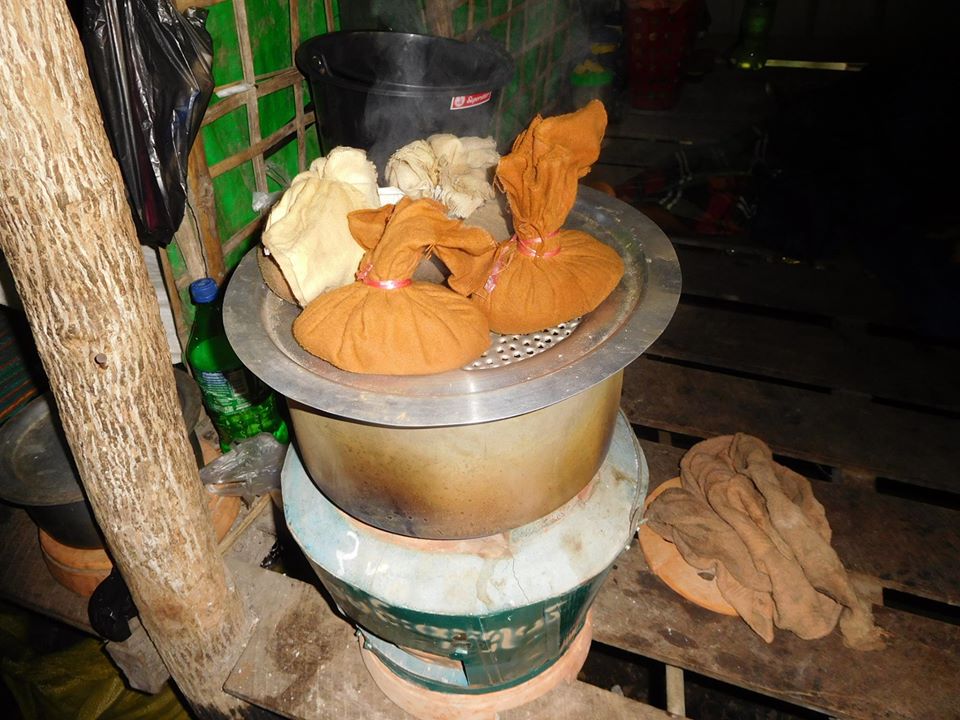 Putting the steamed ground root skin wrapped in a cloth to an affected area with medicinal effect from the hot vapor.

Mr. Adithtan Sayadaw told me, “One day, I received a call from May.  She told me she didn’t have enough money to pay for a series of bus fares to come all the way to visit the monastery so she would walk as much as she could.  After a few days, I saw her getting off a bus and finally came back to the place where she grew up.  Her face and skin was blackened from not taking a bath for a few days, and her clothes were in poor condition.  When she was on the run for about 2 years, she survived by stealing whatever she could find from fields and gardens while hiding and sleeping wherever she thought was safe.  She is married now, but she still sees this place as her home, and she makes sure to come and visit us from time to time as she still cares about many children she had looked after and left behind.”

The Presiding Monk still lives in a rustic single room housing with a creaking storm door.  There aren’t any flamboyant pagoda or big and tall Buddha statues in his living quarters.  After I had gotten acquainted and become close to him, I once asked him, “Why aren’t there any big pagoda or Buddha statues in your monastery just like the monastery next door?”

The Presiding Monk simply said to me, “I can have those made anytime.  However, cement and bricks will not raise children.”, and looked at the children with his eyes full of benevolence.  Ever since then, I have developed a deep respect for the Presiding Monk, and I have been supporting his initiatives in any way I can.

He is truly a practitioner of Engaged Buddhism.  I always remind myself to continue my “Keiko” as a Budo-ka to follow his footsteps. 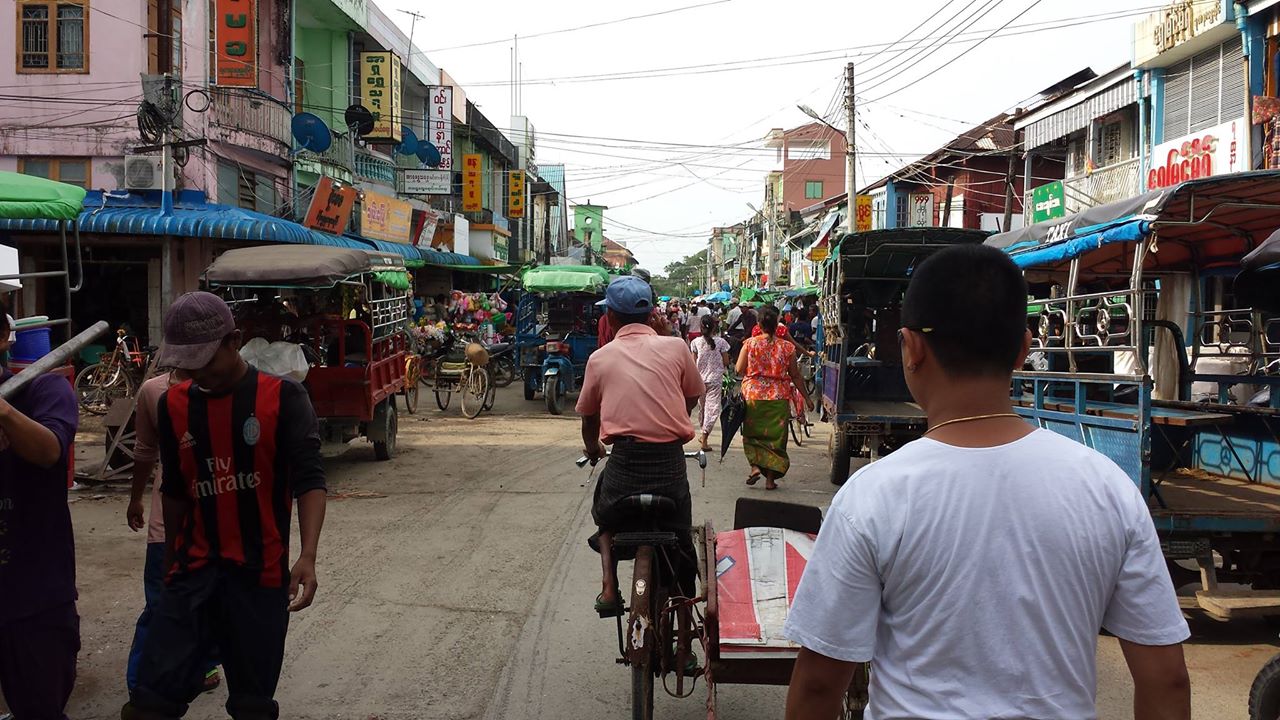 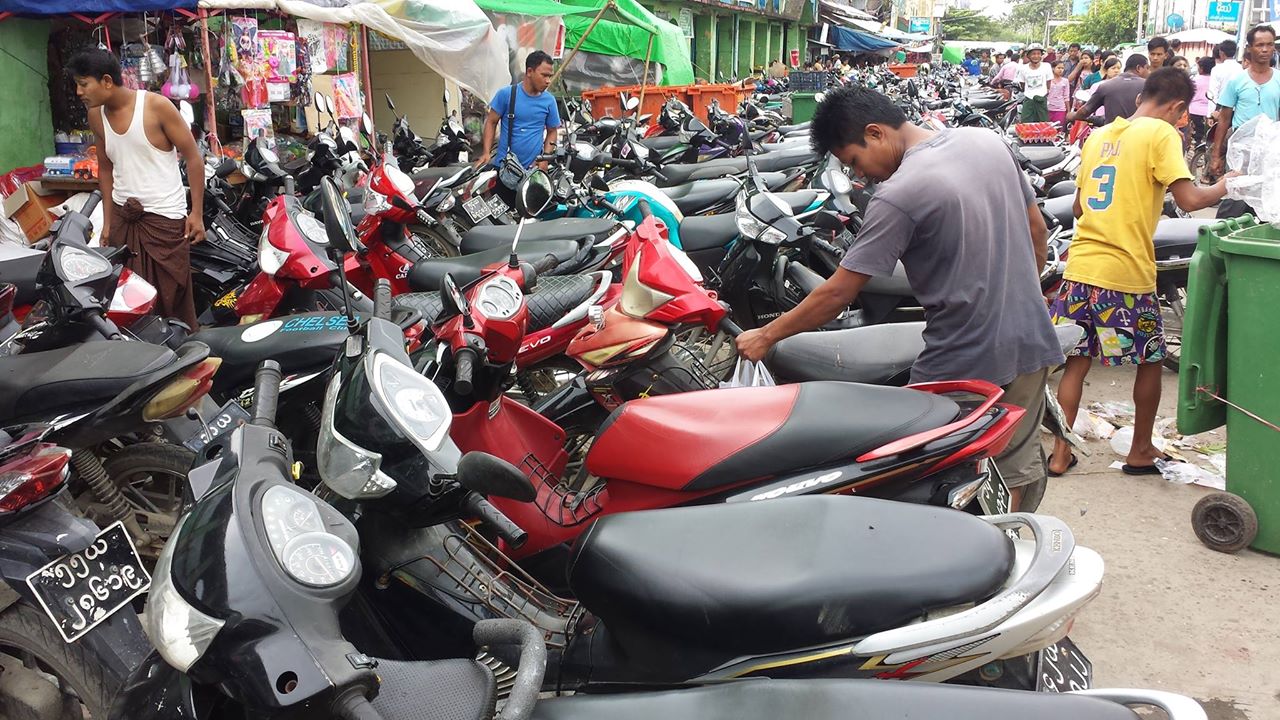