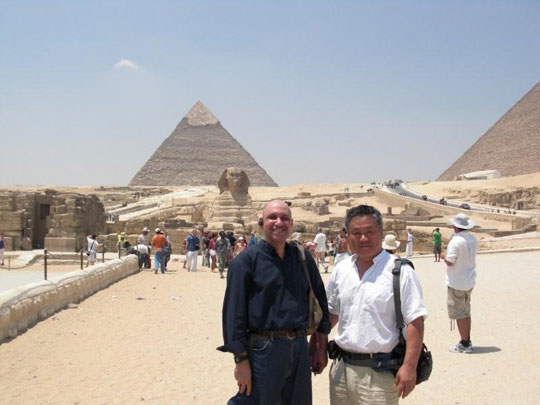 In front of the Sphinx with Hesham Youssef Sensei.

My name is Cihan Karaogluol and I live in Izmir, Turkey. I met Homma Kancho at the Cairo, Egypt airport on August 6th, 2009 to serve as his assistant for this seminar tour to Alexandria and Cairo.

Homma Kancho has been to the historical city of Alexandria and the capital city of Cairo before, having traveled to Egypt for the first time last summer. Homma Kancho was first invited to Egypt by Major Ziad Abu Amir who met Homma Kancho in East Timor when he served there with the United Nations Police (UNPOL).

Gawad Adham Sensei, whose family owns a wonderful resort hotel in Alexandria, hosted two days of practice at his dojo in the sports gym facility of his hotel. Gawad Sensei and Ziad and their families were gracious hosts and the visit was very rewarding. 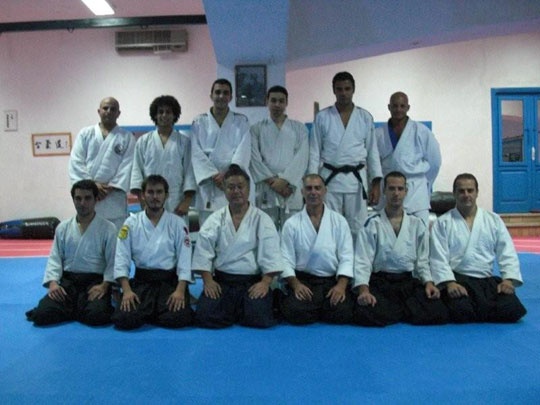 On the 9th, we traveled back to Cairo where Homma Kancho taught a two day practice at the Cairo Shooting Club Sports Center and the Wade Sports Center hosted by Hesham Youssef Sensei. Youssef Sensei works with Japanese Companies in Cairo and speaks very good Japanese! In his spare time, he travels to different dojos in the Cairo area to teach Aikido to a number of Aikido groups. Both dojos where Homma Kancho taught were housed in very exclusive members-only sports clubs that offer a number of different sports related classes. Besides Aikido, we observed other interesting classes, such as a senior ladies exercise class and a class on Chambala, which I learned was a new Japanese martial art sports game popular with young students in Japan. 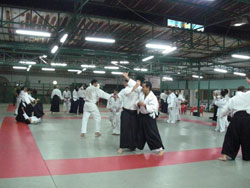 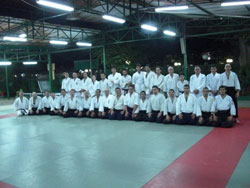 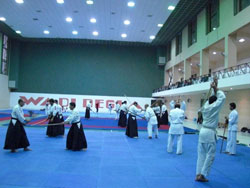 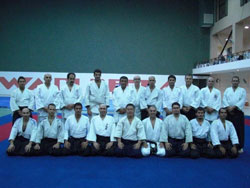 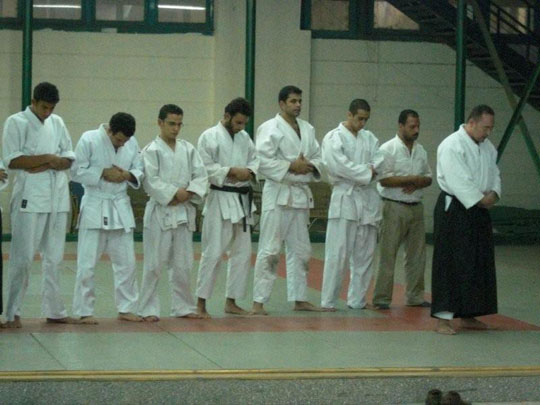 Students stop for call for prayers to Mecca (photo taken with permission).

During practice, class would stop when we heard Azan, the call to prayers that could be heard throughout the city. As the call was heard, students stopped their practice and turned toward Mecca for prayers. This I am sure, is a practice break that can only be found in Muslim countries! Everyone showed us the best hospitality and it was a very memorable visit. Thank you very much.