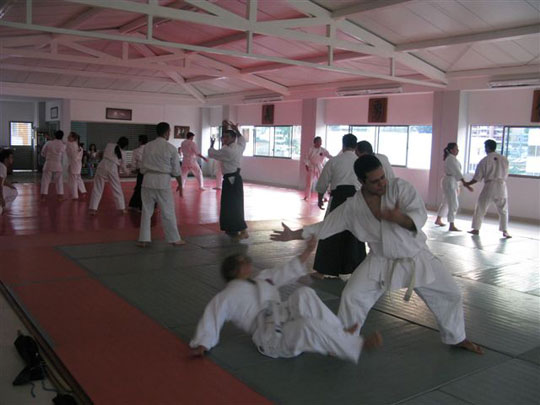 While the Japanese drummers were in Cali, Colombia, Homma Kancho took one day off as project coordinator for the concert tour to answer the requests for him to teach Aikido at the Nippon Budokan. The Aikido instructor at the Nippon Budokan is Jorge Silva who will be coming to Nippon Kan General Headquarters in January to participate in Nippon Kan uchideshi program.

Link here to an article written by graduate uchideshi Arturo Alvarez, who served as Homma Kancho’s translator and assistant on this tour to Colombia