The Nepal Army Rangers report that Nippon Kan Aikido has become part of required basic training not only for all Nepal Army Rangers but has being adopted into the training for all Army soldiers in Nepal. Aikido is now being practice by the Nepalese Army Air Defenders, Officers Commandos, Para Commandos and Nepal’s Middle West Army. Demonstrations were held in September for Mal. General of US Army and other events are scheduled for Aikido demonstrations for the new Nepalese Army Chief in the coming months.

Currently the conditions in Nepal have stabilized, widening the role of the Nepal Army Rangers to include not only national defense, but to also include civilian support operations and public relations. Aikido has become an important tool in obtaining positive results for both objectives; military and civilian. 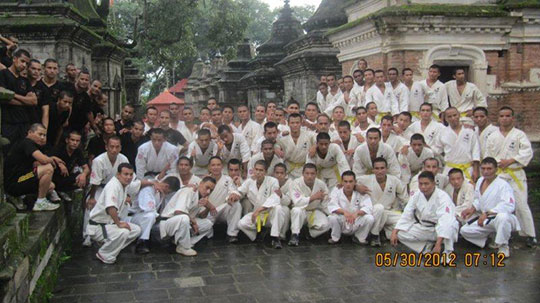 Posing after training in front of a Hindu Temple 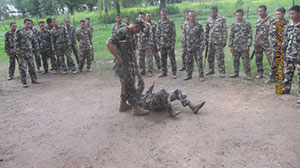 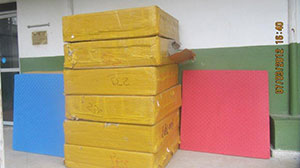 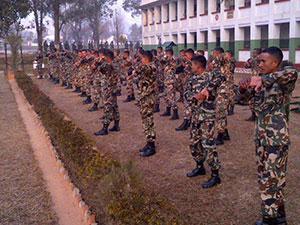 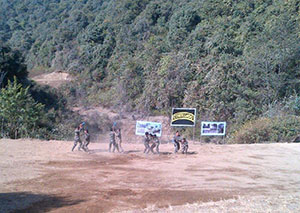 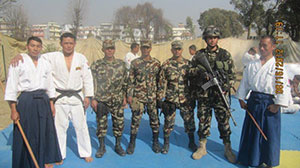 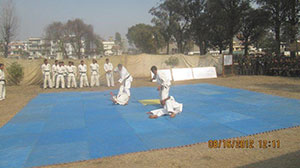