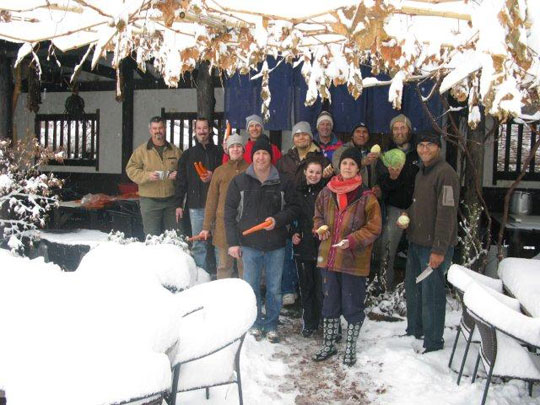 At the October monthly homeless dinner at the Denver Rescue Mission, we noticed a surprisingly sharp rise in the number of homeless guests to be served. For the last 19 years, we have served two meals at our monthly dinner service; one dinner at 5:00 pm. for residents of the mission, and an 8:00 pm. meal service for outside guests. The total meals served at these two services averaged between 250 to 300 meals.

In October, the mission suddenly changed the service format to accommodate four meal services instead of two, totaling well over 400 meals served per evening. This increased our volunteer time for the meal services alone to five hours at the mission. Adding in food prep and cooking time, the amount and costs for the foods to be served, and the time spent by the volunteers meant a big change in our monthly service routine.

It is never Nippon Kan’s philosophy to create volunteer projects and seek outside support to make them happen. We do the best we can to accomplish what we can with our own resources. Nippon Kan’s restaurant and other business projects help to generate most of the funds needed for our service projects both locally and internationally. Self-support and independence within a number of years is an ultimate goal of all of our projects around the world.

This year as in all these years past, we are thankful to all Nippon Kan volunteers and guest volunteers for their service. Especially this year, Consul Mitsui of the Japanese Consulate in Denver and his wife, first came to the Denver Rescue Mission as a Nippon Kan guest volunteer and have become regulars at many homeless dinners this year. 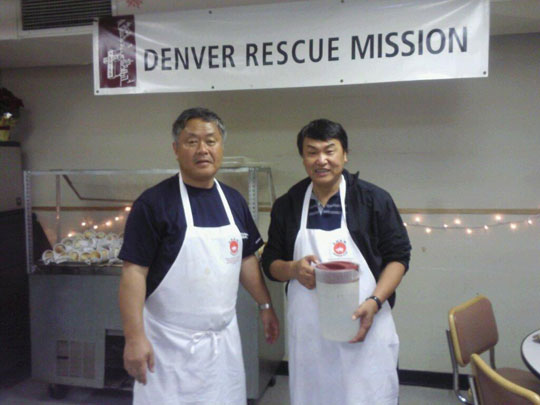 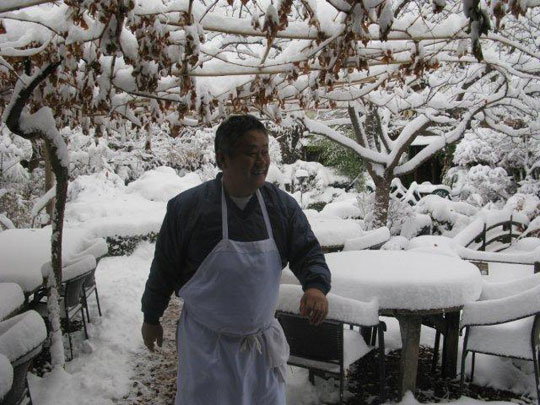 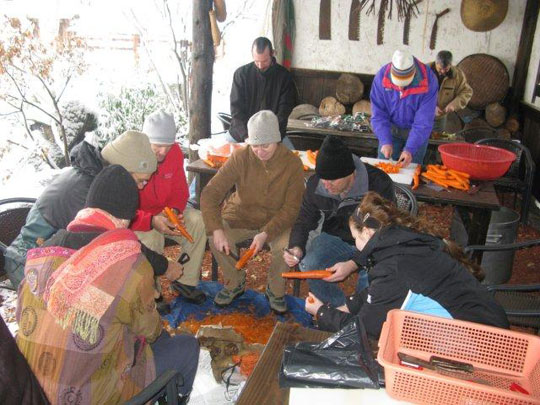 Bundled up volunteers peel vegetables in the snow.

Link here to thoughts and reflections of 19 years of service at the Denver Rescue Mission in “From the Homeless Shelter”, written by Homma Kancho.