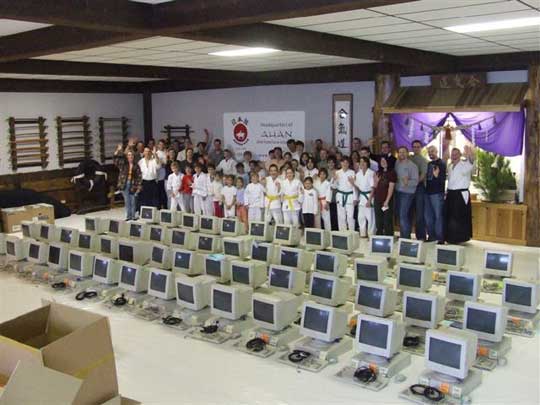 It was packing day on December 9th, 2006 at Nippon Kan General Headquarters in Denver, Colorado.

Fifty used, refurbished computers were checked, packed and loaded to be put on pallets and shrink- wrapped for the long journey to the Dharmarajika Orphanage in Dhaka, Bangladesh.

Funds were raised to cover the extensive shipping costs with Homma Kancho’s AHAN “Adopt a Computer Fundraising Campaign.” In this campaign, computers could be “adopted” for $20.00. Included in the “adoption” were adoption papers and official AHAN stickers that were filled out by the “adoptive parents” to include a message to the children at the orphanage in Bangladesh. Each message sticker was attached to the computers for the children to read upon arrival. New “parents were very creative in the composition of the messages to the children, and each message was indeed thoughtful and heartfelt. Some contributors “adopted” multiple computers, and with the generosity of many students, family members and friends, enough funds were raised to ship the computers to Bangladesh. 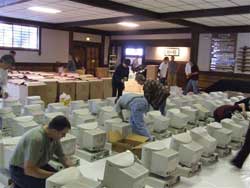 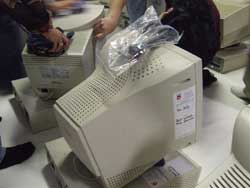 Nippon Kan member Brian Grabowski and the Nippon Kan General Headquarters computer staff are now in the process of putting together the necessary equipment which Brian will take to Bangladesh to meet Homma Kancho in March 2007 and service the donated computers at the orphanage after their arrival.AHAN Nippon Kan Bangladesh coordinator Maji Sarkar, Bangladesh Wado Karate Instructor Kazi Sensei (advisor), Mr. Sunil Barua, Dharmarajika Orphanage General Secretary, AHAN President Emily Busch and Nippon Kan Instructor Thomas Dammen all worked very hard to coordinate this computer shipment. This was the first time Nippon Kan had shipped supplies to Bangladesh, and it proved to be a challenge. The shipment is due to arrive in Bangladesh in February 2007.