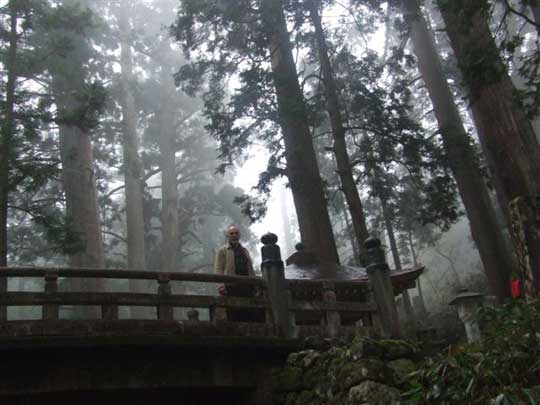 AHAN Instructors in support of AHAN, (IISA) are instructors of many different styles and affiliations who support AHAN’s philosophy of service to the community through projects in their own towns and cities. The only requirement for becoming an AHAN IISA Instructor is to be involved with one’s students in any service project of their choosing in their community at home.

As part of AHAN’s IISA program, Instructor education is very important. Especially for instructors who exhibit an enthusiasm for learning and a dedication to their own practice, we encourage development with projects such as these training tours. 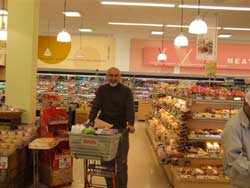 Shopping at the market. 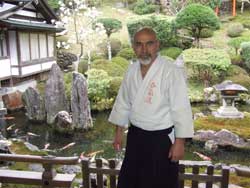 At the temple inn

Ali Sensei is a direct student of Kenji Kumagai Shihan of the Hidaka dojo in Wakayama, Japan. Kumagai Shihan lived in Turkey for seven years and was the first Japanese instructor to teach Aikido in Turkey.This spring Ali Uludag Sensei, President of the International Uludag Aikikai Federation of
Istanbul, Turkey accompanied Homma Kancho on a multi-country IISA tour to Japan and Mexico. Ali Sensei was invited to go to Japan and Mexico with Homma Kancho as an opportunity for him to experience first-hand different instructors and different dojos to expand his perspective as an instructor and a role model in Turkey.

This IISA Tour was sponsored by AHAN Nippon Kan General Headquarters Foundation IISA division which paid for all travel and other tour expenses. 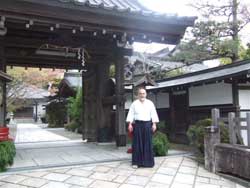 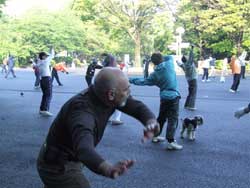 Ali Sensei arrived on April 21st, 2006. This was his second visit to Nippon Kan Headquarters in Denver. After a few-day stay in Denver, Homma Kancho and Ali Sensei left for Japan. As the departed, Homma Kancho commented, “This should be a very interesting trip. We are two middle aged men, one who speaks only Turkish and one who speaks only Japanese and English! Communication could be quite a challenge”.
Link here to Homma Kancho’s Ten Day Travel Diary; in Japan with Ali Uludag Sensei. 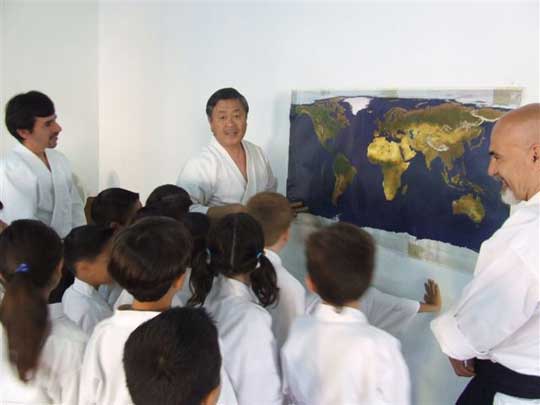 Finding Turkey on the map.

After completing the Japan “leg” of this multi-country IISA tour, Homma Kancho and Ali Sensei returned to Denver for a couple days of rest. Before they could even recover from jetlag, the two left for Mexico to visit AHAN Mexico, Mexico Aikido Take Musu Aiki for the second part of the journey. This AHAN Mexico tour was coordinated by Fernando Roman Sensei, Chief Instructor of Mexico Aikido and IISA coordinator for AHAN Mexico. 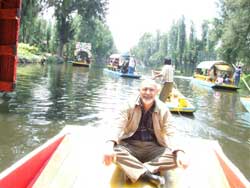 Relaxing at the Xochimilco National Heritage Canals in Mexico City. 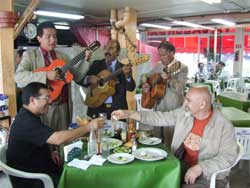 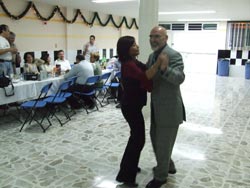 Dancing the night away at the welcome party at Sr. Jose’s. 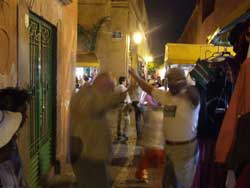 With representatives from four different countries; Mexico, Japan, the United States and Turkey, communicating in four different languages; Spanish, Japanese, English and Turkish, it was not surprising that we ran into a few communication difficulties, especially considering that before the tour began, all communication and planning was done by email.

Because this was such an international project, these kinds of communication challenges were to be expected and in the end, all communication obstacles were overcome. We all learned many lessons about communication with so many countries, cultures and languages involved.

Homma Kancho spoke of this AHAN Mexico project, “Usually we conduct fundraising seminars for AHAN humanitarian projects only in Mexico City which leaves out many Aikidoka who cannot travel to Mexico City due to time or financial constraints. Once in a while I think it is important for Aikidoka from Mexico City and instructors to travel to home dojos outside of Mexico City. Therefore the idea for this AHAN Mexico bus tour was born. My idea is to reach out to students who cannot reach out to us, it is opposite from most seminar plans. With Ali Sensei with us it is a good chance for him to see the Mexican countryside and practice with Aikidoka in their own hometown dojos.”

All travel expenses were funded by AHAN Nippon Kan Headquarters so as not to burden local dojos financially. Local dojos and their Instructors were of course allowed to charge a nominal fee to attending students to cover any expenses that they might incur. It was an important part of the AHAN philosophy of the tour for local dojos to make the class fees as reasonable as possible so that the classes offered would be accessible to as many students possible.

Homma Kancho did not receive any monetary compensation for his teaching and also discouraged large or expensive welcome parties or extra curricular activities to keep the costs down in keeping with the AHAN philosophy of the tour.

Each dojo on the tour welcomed Ali Sensei graciously and everyone practiced together with a wonderful spirit. Ali Sensei, to the delight of all attending students entertained everyone with country folksongs from his homeland of Turkey. It seemed that the Turkish and Mexican sense of song and celebration was a match! 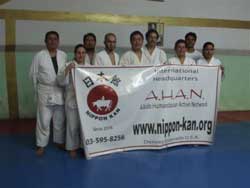 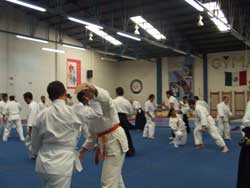 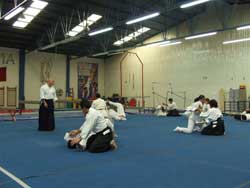 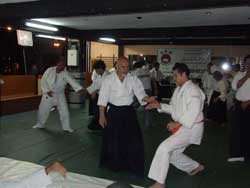 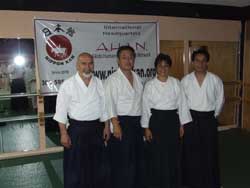 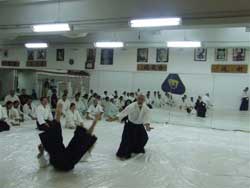 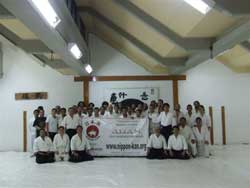 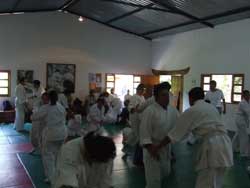 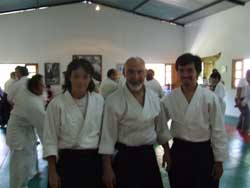 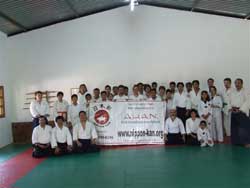 Many thanks to Fernando Sensei, Rocio Sensei, Alberto and Rebecca Sensei of Cuaulta and all other instructors and students for supporting this joint AHAN experience. Special thanks to Mexico Aikido Take Musu Aiki Advisor Mr. Jose Alvarez for his special efforts.