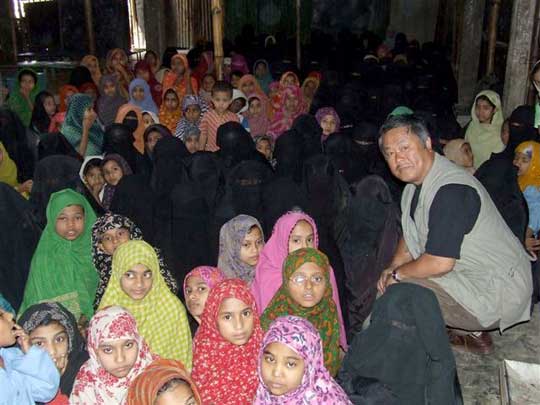 At the Madrasah Atimkhana orphanage for girls.

In support of current AHAN Nippon Kan Bangladesh activities, Homma Kancho traveled to Dhaka, Bangladesh accompanied by Nippon Kan project staff member Brian Grabowski. The purpose of this visit was to check on the status of the 50 computers shipped to Bangladesh in December from AHAN Headquarters in Denver and to provide installation and other maintenance services for the computers upon their arrival.

In January of this year the Bangladesh government went through a major transmission. Leading Bangladesh government cabinet members and officials were arrested for corruption and taken out of office and a temporary government was installed by the military. This transition in leadership has caused a tremendous amount of confusion in some government agencies, and we found that the computers, while having arrived at the ports in Bangladesh, had not yet been released for delivery. We are hopeful that the computers will be delivered soon, and we were able to provide the instruction and supplies necessary for the Bangladesh staff to service the computers upon their arrival. 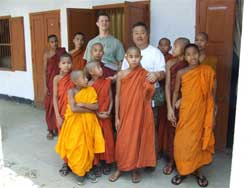 At the Dharmarajika Buddhist Temple with Brian, AHAN headquarter staff. 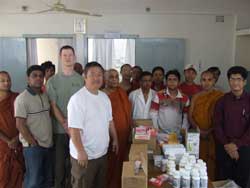 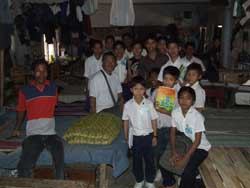 Sleeping quarters for the boys at the Dharmarajika Orphanage. 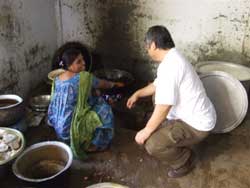 In July of 2006, AHAN Nippon Kan Headquarters, in conjunction with AHAN Nippon Kan Bangladesh began a monthly delivery of rice service to the Buddhist Dharmarajika Orphanage for boys. Since last July, 500 kilos of rice have been delivered to the 500 boys who live at the Dharmarajika orphanage every month, bring to a total of five tones of rice delivered since of July 2006. On this visit, Homma Kancho and his assistant Brian also delivered 100 pounds of basic medical supplies to the orphanage to help care for basic medical needs of the orphaned boys. 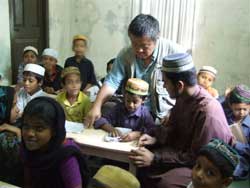 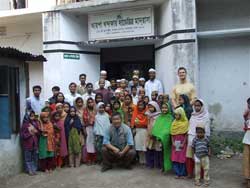 Visiting other Muslim schools in Dhaka.

While in Bangladesh, Homma Kancho was interested in finding out more about orphanages where girls were cared for and after visiting, researching and doing background inquiries on different facilities, decided on the facility that was in most need of help.

Outside of the capitol city of Dhaka, we went to visit the Jamia Islamia Ashraful Mohila Madrasah Atimkhana Muslim Orphanage for girls. This orphanage was founded in 1988 by Maolana Mohammed Abdur Rahman and cares for about 330 girls. The orphanage itself was destroyed by fire in 2002, and during this visit five years later, the orphanage staff was still struggling to rebuild the facility. The facility was clean and cared for but living conditions were still very poor. Homma Kancho decided on the spot to include this orphanage in our AHAN monthly rice delivery project and ordered 500 kilos of rice to be delivered monthly to the orphanage for girls as well for the next two years. The first delivery of 500 kilos (1,100 lbs.) arrived that very afternoon. 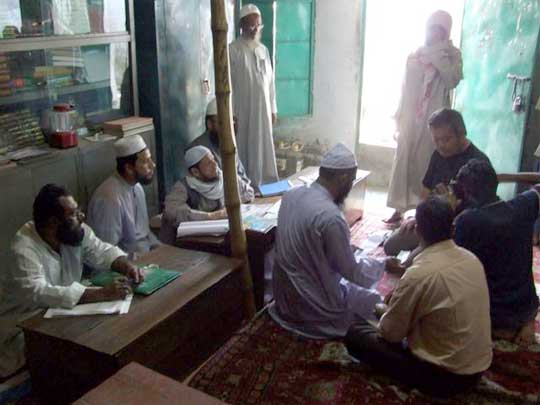 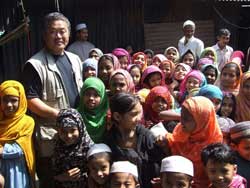 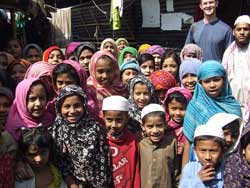 All of orphaned children always welcome us with a smile. 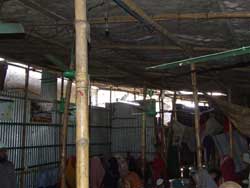 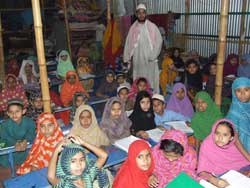 The girls paying close attention to their studies. 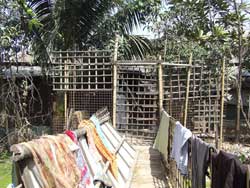 The gate to orphanage for girls. 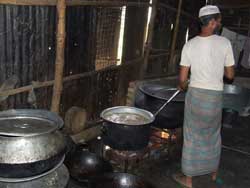 Homma Kancho and Brian were the first foreigners to ever visit this mosque and orphanage and were taken on a tour of the facility. In classrooms covered overhead by blue tarps supported by bamboo poles, girls were busy at their studies. The staff we were told worked daily on the building reconstruction when they were not teaching or otherwise caring for the girls. Homma Kancho spoke to the orphanage founder and the instructors there, “Bangladesh seems like it has a male oriented society and I have been worried about the care of girls in your country, especially those that have been orphaned. It is good that you have established this facility for their care. Your facility is simple but it is beautiful if poor and very clean, and the children all have smiles. That is the best way to understand how children are being cared for; just look into their faces.”

Beginning in March 2007, AHAN Nippon Kan Headquarters will begin supplying one ton of rice per month to be delivered by AHAN Bangladesh coordinator Maji Sarkar to both orphanages; one for boys, and one for girls. 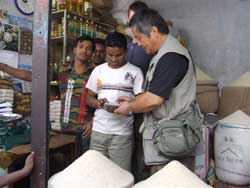 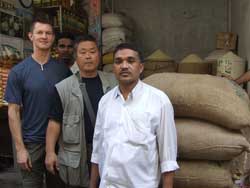 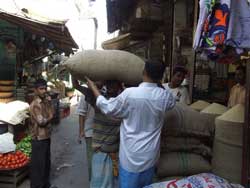 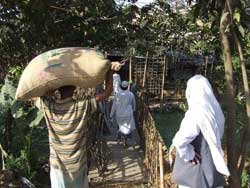 Nippon Kan Project Assistant Brian Grabowski has written a detailed and moving report about this visit to Bangladesh. Link Here to his report