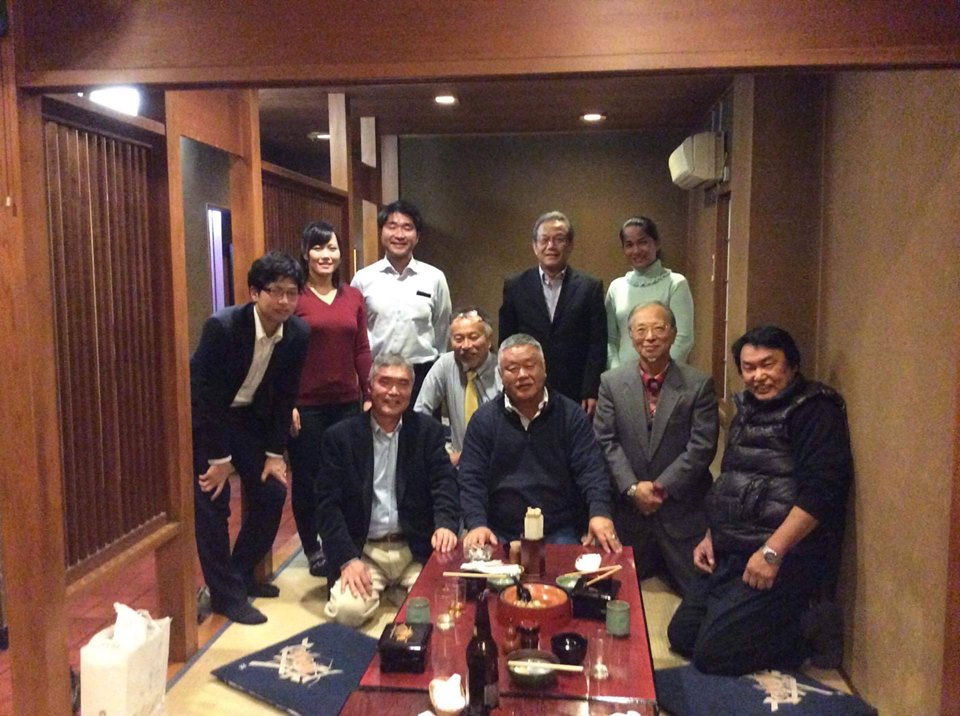 It’s been over 43 years since I moved to Denver.  I have met and crossed the paths of many people, and I have treated each encounter as a precious one, given the saying, “一期一会 = Treasure every meeting, for it will never recur.”.  While I have had a few bad encounters that left ugly footprints in my memory, I have learnt my lessons from every encounter, while I have enjoyed most other encounters, and I cherish them all.

Many people I’ve met over the years are generous, kind and with common sense and decency as a fellow person, and many of them have played an integral part in the history of Nippon Kan, whether as a staff, an advisor and/or an advocate for Nippon Kan initiatives.  And I try to stay in touch with as many of them as possible and seize every opportunity I get to catch up with them with on a regular basis, however irregular it may be.

Especially, Mr. Yutaka “Chrys” Kikuchi, a founding member of Nippon Kan and Mr. Yoshiaki Shishikura, a key staff during the formative years of Nippon Kan, have remained close to me and Nippon Kan to help me in various ways every time I go to Japan.

Moreover, many former Nippon Kan uchideshi came to join the reunion out of their busy year-end schedules.

As the plan for the reunion had been put together only weeks in advance, we couldn’t reach all the people we had wished to spend the time together with, including a small group of former uchideshi students from the recent years.  Please accept my apologies for not having been able to give us all a more advance notice for this year’s reunion.

At any rate, I’m proud of every one of them, who still keep me and Nippon Kan proudly and fondly in their minds and hearts, for the path each of them has chosen to pursue.  And I’m always humbled by them when they tell me they still cherish the experiences we have had together.

I would like to express my sincere gratitude to all those who have supported me and Nippon Kan this past year in 2017, and I wish for your continued support in the coming year as well.

To Everyone:  Happy Holidays to you and your families, and I wish you all a very happy New Year!

The contact information of many VIPs of Nippon Kan had been managed securely by a long-time senior staff of Nippon Kan who had passed away in February.  Sadly, however, because of the lack of cooperation from the bereaved family members to locate and recover the files with pertinent information, Nippon Kan has not been able to recover and regain the means to reach out to many people.

If you have not heard from Nippon Kan and have been wondering about it, please let us know by contacting info@nippon-kan.org

AHAN Nippon Kan and its humanitarian activities are supported by former Nippon Kan uchideshi students all over the world and by AHAN’s regional & local coordinators.