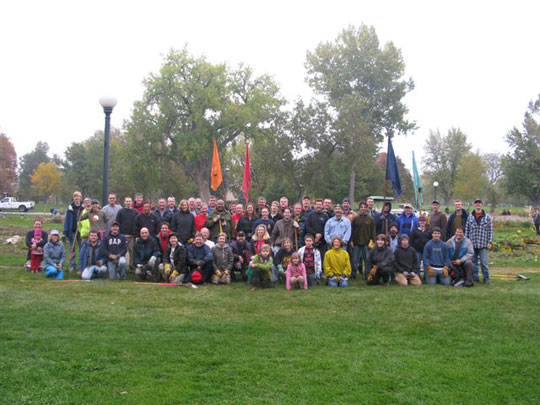 This year was a little different than other years.  It has been our tradition for many years to turn the flower beds for winter in downtown Civic Center Park. Less than 18 hours before the project was to begin, we received a call from the Denver Parks Department. Turns out, there was a parade scheduled for the following morning and there would be hundreds of people using the park as a staging area for the parade. The parade organizers had forgotten to notify the Denver Parks Department of the intended parade route until the very last minute.

The Parks Department expected us to cancel. “No worries” we replied as we worked to notify students and staff that the project had been moved to Washington Park; another large park in the metro area. 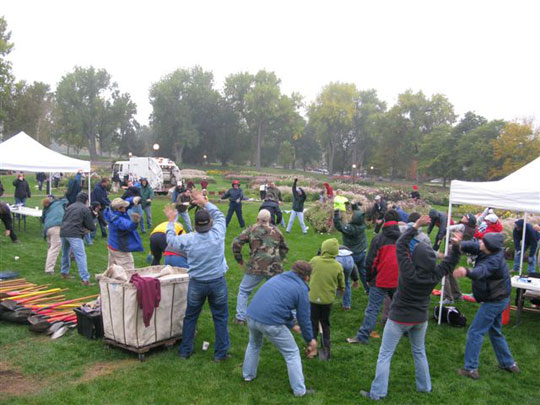 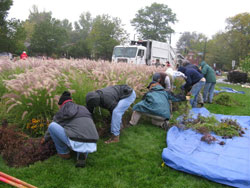 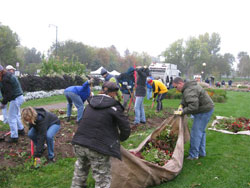 An organized approach for even pulling grass! 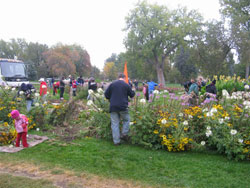 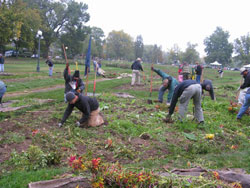 Even with the last minute change, the project started on time at 8:00 the following morning. About 80 members, families and friends showed up for the work ahead. Our teams worked hard and very fast as we soon finished our designated areas and overtook other groups volunteering in the park. We always seem to get someone passing by that asks us why we are pulling all of the flowers, especially if some of them are still in bloom. Actually it is important to turn the beds before the flowers go to seed and optimally before the first heavy frost to prepare the beds for next years planting.

When we volunteer at Civic Center Park, we usually work alone. This park is just the right size for our teams of volunteers and we make quick work of the project. Since Washington Park is a much larger park, there were other groups involved in the project this year. We were a little surprised to see that some of the groups spent much more time digging up plants and taking them to their cars than they did turning the beds for winter.

It made me proud when I watched our teams and their leaders, working hard with a pure spirit of volunteering,  AND it made me proud to see the work we were able to accomplish in a very short time. 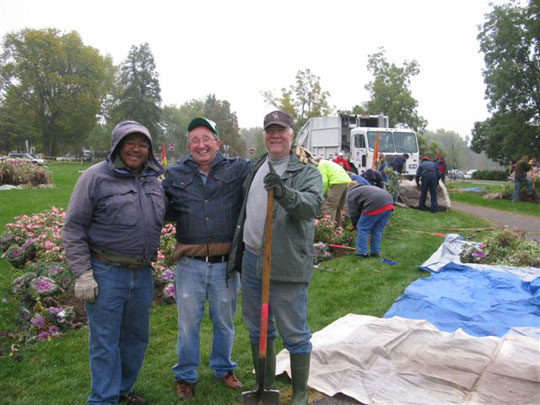 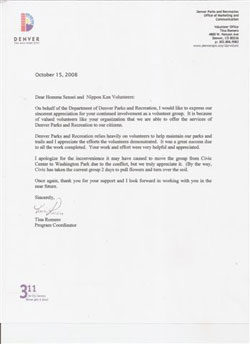